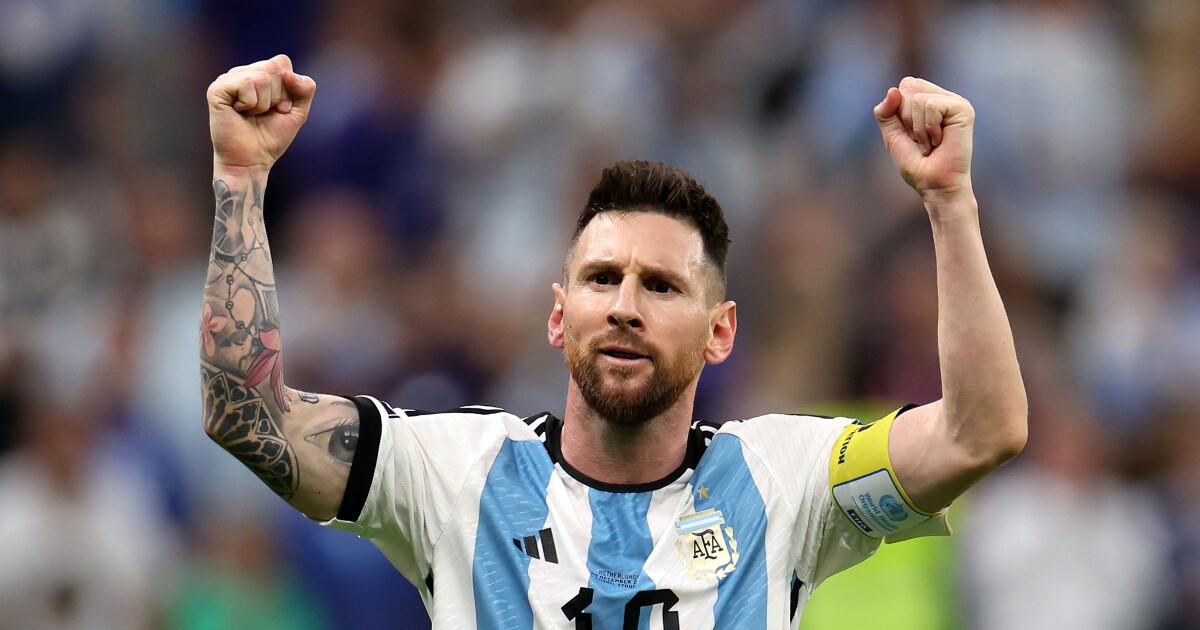 The South American powerhouse powered past the Netherlands in the quarterfinals of the 2022 World Cup. Number-three Argentina was determined to win and avoid being the second upset of the day when Croatia defeated top-ranked and tournament favorite Brazil.

Messi’s superlatives are unsurpassed. The 35-year-old is one of the finest to ever play the game. But there’s one thing missing on his impressive soccer resume: a World Cup title.

Argentina got on the board first thanks to Lionel Messi, of course. In the 35th minute, Messi somehow threaded the ball through three Dutch defenders to Nahuel Molina. Molina poked it with his right foot beyond the towering 6-foot-8 Netherlands goalkeeper Andries Noppert. It was Molina’s first-ever international goal.

And then, in the 73rd minute, Messi made his presence really known when he lined up to take a penalty kick. With a swift strike low and to the right, Messi flatfooted the keeper to extend the Argentina lead to 2-0.

Despite being down 2-0, the Dutch did not give up. In the 83rd minute, substitute Wout Weghorst dissected the Argentine defense and pierced the goal to keep the Netherlands close 2-1.

It was a bruising, physical match. Referee Antonio Mateu called 48 fouls and gave out a record 17 yellow cards. Tempers flared not long after Argentina’s Leandro Paredes fouled a Dutch player and then fired the ball into the Netherlands bench. Substitutes stormed the field with lots of pushing and shoving. Yellow cards given and then play continued.

Deep into stoppage time (90’+11), Weghorst scored again on a beautiful set piece that evened the score 2-2 just before the referee whistled the end of regulation to force 30-minutes of extra time. It would still not be enough to decide a winner.

The game would go to a penalty kick shootout where the Argentinian goalkeeper Emiliano Martinez dazzled – blocking the first two Dutch attempts – while Argentina scored on its first three tries to win 2-2 (4-3).

The Netherlands, ranked eighth in the world, had a strong tournament – beating the champions of Africa (Senegal), Asia (Qatar) and CONCACAF (the United States). But they could not find a way past the South American titleholders. And it was essentially a home game too. Lusail Stadium has a capacity of nearly 90,000 and it was mostly a sea of Argentinian blue and white with just a few slivers of Dutch orange.

The Dutch had won their last three quarterfinal matches and are the best team to have never won the World Cup (they’ve reached the finals three times). The Netherlands came in to this quarterfinal unbeaten in their last 19 international matches. But none of that mattered to Argentina which found ways to slow Dutch stars Memphis Depay, Cody Gakpo and Denzel Dumfries.

Argentina will play Croatia in the semifinals on Tuesday.