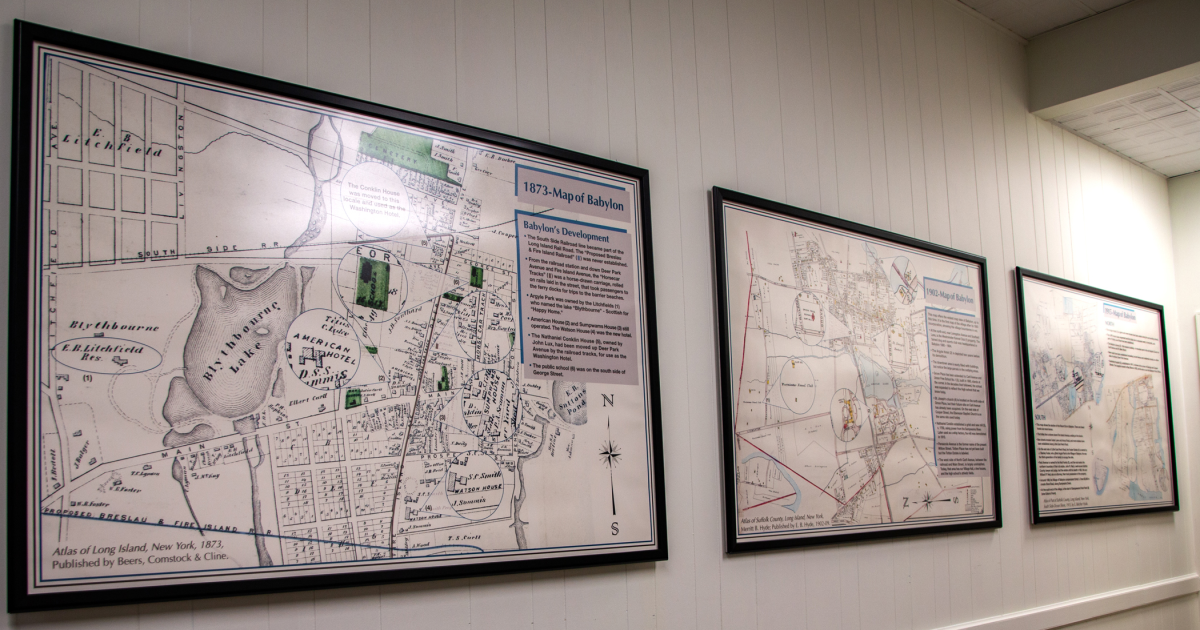 Babylon’s history — seen by documents, artifacts, photos and other memorabilia — will be open to the public again. The Babylon Village Museum was closed for two years due to renovation and an artifact cataloging project during the pandemic.

Their grand re-opening celebration begins at 5:30 p.m. on Saturday, September 24 when the “museum’s historic flagpole will be re-dedicated” right before the museum doors open.

WSHU: Could you tell me about the Babylon Village Museum?

WH: The Babylon Village Museum has been around since the mid-70s. Over a number of years, it’s become a little tired. During the pandemic, we took it as a challenge that we were going to revitalize the museum and bring it into the 21st century — and that is what we have done.

WSHU: What artifacts and displays are you holding at the museum?

WH: We have a brand new printing press that came from the Signal Building, which was the original South Shore of Long Island Newspaper, and they tore down the building during the pandemic. We recovered the printing press, and we are going to have that restored, but it’s old and clean, and ready to be viewed by the public. So much history was printed on that printing press.

The flagpole that we rededicated was a mast of a boat from a local marina that was an old icon of the village. His name was Dave Suthers and we have his old boat mass which was renovated by local carpenters.

WSHU: What do you want these artifacts and displays to show?

WH: We are telling the story of Babylon Village; about the Argyle Hotel and we went through different periods where the railroad brought in. It’s a central location for the history of Babylon. We have come up with a slogan, “Babylon Village, where history is made.” Where we celebrate folks like Robert Moses who lived here, and we want to show off our history.

WSHU: What are you hoping for this newly renovated museum to give to the visitors?

WH: What we are hoping is that this becomes a location where the community can meet. Not only will they learn the history of the village of Babylon. We are marrying history with our community’s interests.

WSHU: What else do people need to know?

WH: Babylon Village is the heart of the South Shore of Long Island, and this museum gives us a good feel for where we’re at in the past right through to today and we are going to become a community center.

To visit the Babylon Village Museum, it will be open to the public on Wednesdays and Saturdays from 2-4 p.m. and by appointment.