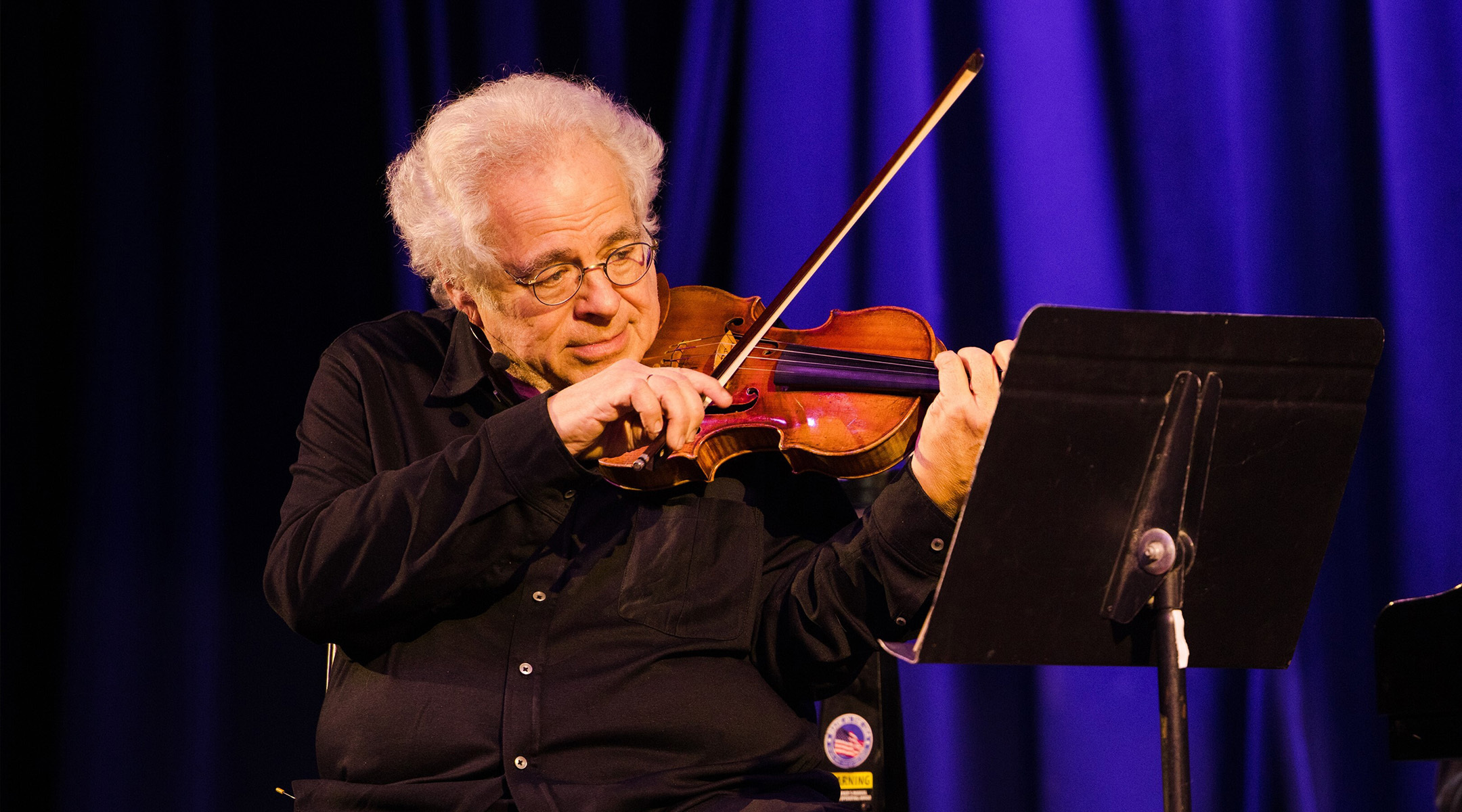 (New York Jewish Week) — Like so many people, I feel like I’ve known Itzhak Perlman my entire life (thank you, “Sesame Street”). And now, I finally had the opportunity to see and hear the Israeli-American violin virtuoso perform in person.

And not just perform: At a fundraising event Tuesday for the nonprofit Amit Children, Perlman offered a touching, music-filled autobiographical monologue on his life on and off the concert stage.

The occasion was the kickoff campaign for a new, state-of-the-art campus in Raanana run by the education network that operates more than 100 schools in Israel. The event, which attracted some 400 supporters, was held at Sony Hall, a glamorous, Jazz Age-era event space tucked into the basement of the Paramount Hotel on West 46th St.

Augmented with photos and video, Perlman told a story that began with his Polish parents’ immigration to pre-state Israel in the 1930s. There, they lived in Tel Aviv and raised their son in a one-room apartment with a shared bath. Amid charming anecdotes — including one about enjoying his mother’s homemade gefilte fish despite befriending and losing the live carps kept fresh in their bathtub every Friday — Perlman, 77, played several pieces that launched and shaped his long career.

He detailed his bout with polio at age 4, his turn to the violin and how he auditioned and got his big break as a 7th-grader on “The Ed Sullivan Show” in 1958. That, he said, was his first-ever trip to the United States — a place he associated with “the Empire State Building, television sets and Polaroid cameras” — and he stayed, well, at the Paramount Hotel. At 13, he was accepted to New York’s elite Juilliard School and, to keep the family afloat, worked “the Jewish benefit circuit,” as he called it. “It’s 2022 and I’m still playing fundraisers,” he quipped. “Can you imagine that? Nothing has changed.”

Of course, many things have changed for Perlman since then: A winner of 16 Grammys, Perlman is the kind of classical music superstar known to people who don’t normally indulge in classical music (his performance on the “Schindler’s List” soundtrack has been streamed close to 40 million times on Spotify). In 1994, he and his wife Toby launched the Perlman Music Program for gifted string players, and he remains a disability rights activist.

“Mr. Perlman’s passion, creativity and drive for excellence are well known,” Audrey Axelrod Trachtman, the president of Amit, which largely serves children on Israel’s social and geographic periphery, said in a statement. “It is his unwavering commitment to Israel and mentoring young people that speaks to what Amit is all about.”

The evening concluded with the announcement that Amit is dedicating the Toby and Itzhak Perlman Music Studio in the couple’s honor, located at the Amit State Technological School, a “last-chance high school” in Jerusalem.

“Any organization that does anything for education,” Perlman said in response, “is the best and the greatest mitzvah.”