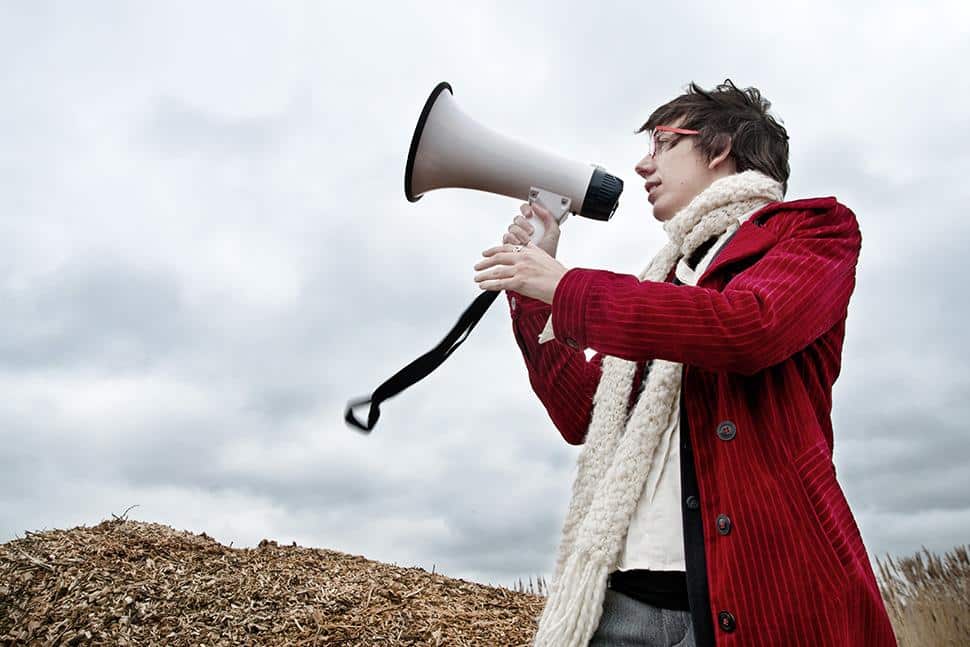 A lesbian affair in a prison cell in the middle of a Venetian Palazzo – only Annelies van Parys and her librettist Gaea Schoeters could pull this off.

‘Notwehr’ tells an unlikely love story between two very different women, both unjustly imprisoned. The Activist, who is standing up for her ideals, initially clashes with the Common Woman, imprisoned for murdering and castrating her husband (we will later learn why). As the two women learn each other’s stories, their enforced proximity blossoms into something deeper.

Notwehr is staged in the grand hall of the Scuola Grande di San Rocco, amidst vast and lavish Tintoretto paintings, a setting that is breathtaking in itself. Van Parys (pictured) takes the madrigals of early 17th century composer Adriano Banchieri as the starting-point for a score that is deft and telling. She brings many years of experience in music theatre to the task, and it shows – idiomatic instrumental writing, strong vocal lines, and her characteristic ability to weave in and out of music history without losing her own voice all contribute to the evening’s strength.

A good libretto – all too rare in contemporary opera – certainly helps. Schroeters strikes just the right balance between poetry and prose, never too wordy, but always a compelling narrative. The two women’s stories unfold without pathos, all the more moving for their economy.

There are some teething problems. The first madrigal falls apart completely, perhaps because the vocal ensemble Venetiaeterna and the instrumentalists of the ERMESensemble are placed in different parts of the hall; but things soon pull back together, and the shifts between Banchieri’s bold madrigals and van Parys’ articulate, taut score grow in assurance as the evening progresses. Johanna Zimmer and Els Mondelaers, as the two imprisoned women, inhabit their roles completely. Sjaron Minailo’s “Mise en Scene” places a spare yet versatile metal cage in the centre of the hall, and costumes the women in garb that echoes the Tintoretto paintings, reminding us that women throughout history have been punished for acts of self-defence.

Notwehr is a co-production between the Venice Biennale, the Studio Minailo, the HERMESensemble, and the Belgian Muziektheater Transparent; it is clearly born to travel, and will surely move on to other spaces to grow and flourish.

How about a performance run in Iran?