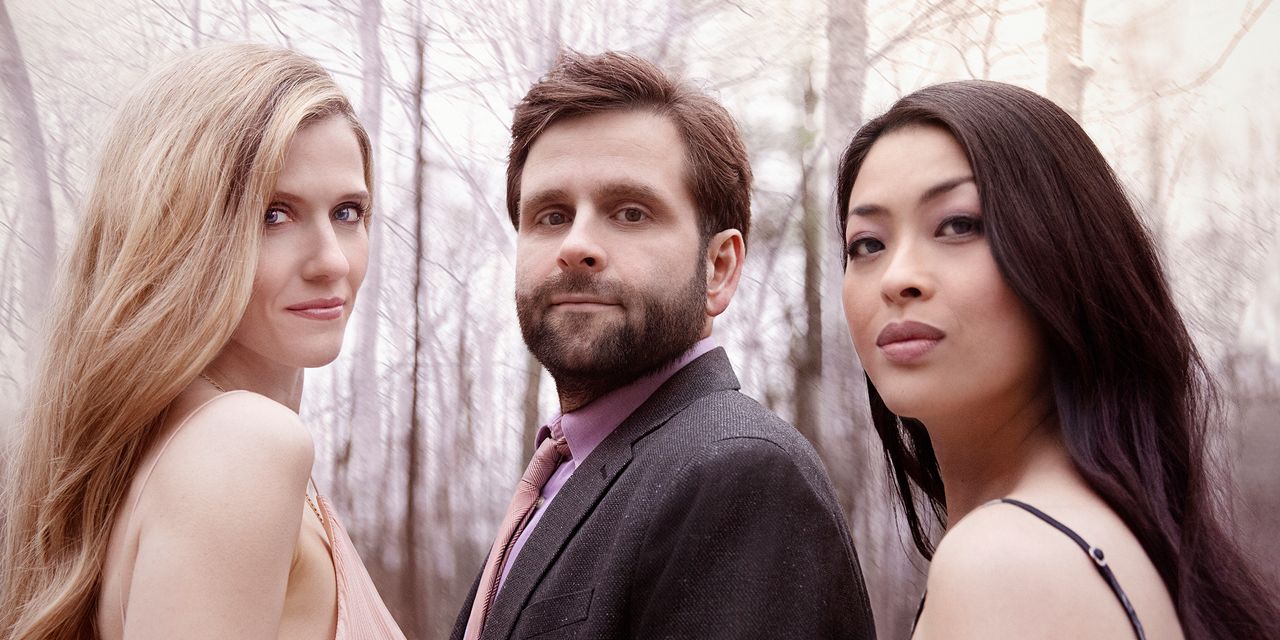 The Neave Trio’s first three albums for Chandos Records have been of uncommon interest, often retrieving music from the dusty corners of the classical repertoire for piano, violin and cello. That was the case with its previous effort for the label, “Her Voice: Piano Trios by Farrenc, Beach and Clarke”—19th- and 20th-century composers whose works merit wider hearing.

In the Neave’s latest album for Chandos, “Musical Remembrance,” available online Friday, and on CD beginning May 6, the ensemble focuses on standard concert fare by Rachmaninoff, Brahms and Ravel with a twist: Pianist

have chosen works that represent the first efforts of these well-known composers in the piano-trio genre.

Rachmaninoff’s “Trio élégiaque No. 1 in G Minor” (1892), a youthful yet haunting piece that pays homage to Tchaikovsky, feels just right tempo-wise in the Neave’s hands, slightly faster than the venerable Beaux Arts Trio’s recording for Philips but pleasingly slower than the Deutsche Grammophon recording by

The Neave captures the Romantic longing in the score without overdoing it, making its mark not through virtuosic brilliance but by stirring musicality.

Ravel’s distinctive Trio in A Minor (1914) uses modal scales and alternating meters, some inspired by the Basque dance rhythms of his childhood. Ms. Nakamura has the right delicacy of touch for this French composer’s piano writing, although the violin sound doesn’t have quite as much coloristic variety as one might hope. That said, the Neave offers a fine, intelligently paced interpretation with many lovely touches: the tinge of regret Ms. Williams brings to the violin line about three-quarters through the opening movement; the expressive alchemy among the players, especially in the dirge-like Passacaille; and Mr. Veselov’s soulful cello, an asset throughout the recording. The Piano Trio No. 1 in B Major of Brahms (1889 revision), a sweetly lyrical work with a turbulent conclusion, rounds out a satisfyingly meaty album.

is the polar opposite in repertoire size, presenting 19 short pieces mostly written for other instruments. Such “bonbon” collections can prove superficial or disappointing compared with the originals. Yet Mr. Fröst, who is able to traverse long clarinet runs in a single bound, has assembled an appealing mix of familiar and unfamiliar works from classical, jazz and popular genres. The arrangements are artfully conceived by Mr. Fröst and his two impressive collaborators—bassist

Presumably geared toward the playlist generation, the album shuns conventional program notes in favor of the clarinetist’s quirky personal connections to the music.

As usual, Mr. Fröst performs with honeyed tone and aptly reveals the character of each piece, whether the sprightly exuberance of Rameau’s “Air Pour les Sauvages,” or the plaintive melody of Handel’s Minuet in G Minor from a larger suite for harpsichord. Other winning tracks include 17th-century composer

wistful “Intorno All’ Idol Mio” from his opera “L’Orontea” and an engaging take on Chick Corea’s inimitable jazz standard, “Armando’s Rhumba.” A traditional Scandinavian folk dance called the polksa, re-envisioned by the clarinetist and his eloquent double bass player, Mr. Dubé, moves from easy grace to klezmer evocations and energetic riffs. Hopefully the onset of Meniere’s disease, an inner-ear disorder that has caused him bouts of vertigo, won’t keep Mr. Fröst from recording more substantive works in the future.

is best known for about 555 harpsichord sonatas. A contemporary of Bach and son of composer

as the admirable soloists. But the highlight of the album is a mesmerizing performance of Scarlatti’s justly admired “Stabat Mater” for 10 voices in C minor. Probably written between 1715 and 1719, it is one of the few surviving examples of his sacred music.

Despite its undeniable beauty, this work about the suffering of Jesus’ mother during the crucifixion is rarely encountered in today’s concert halls. The choral parts—here deftly accompanied by organ, cello, bass and archlute—are richly colored, with sighing, overlapping vocal lines. Recordings by such British choral conductors as

and the Choir of King’s College, Cambridge are more solemn in approach and a tad more refined. By contrast, Mr. Cuiller’s vocal forces bring vibrant sound and dramatic fervor to their performances. In any case, Scarlatti’s “Stabat Mater” in C minor should become an Easter staple, along with the usual outings of Bach’s “St. Matthew Passion.”

—Ms. Jepson reviews classical albums and concerts for the Journal.