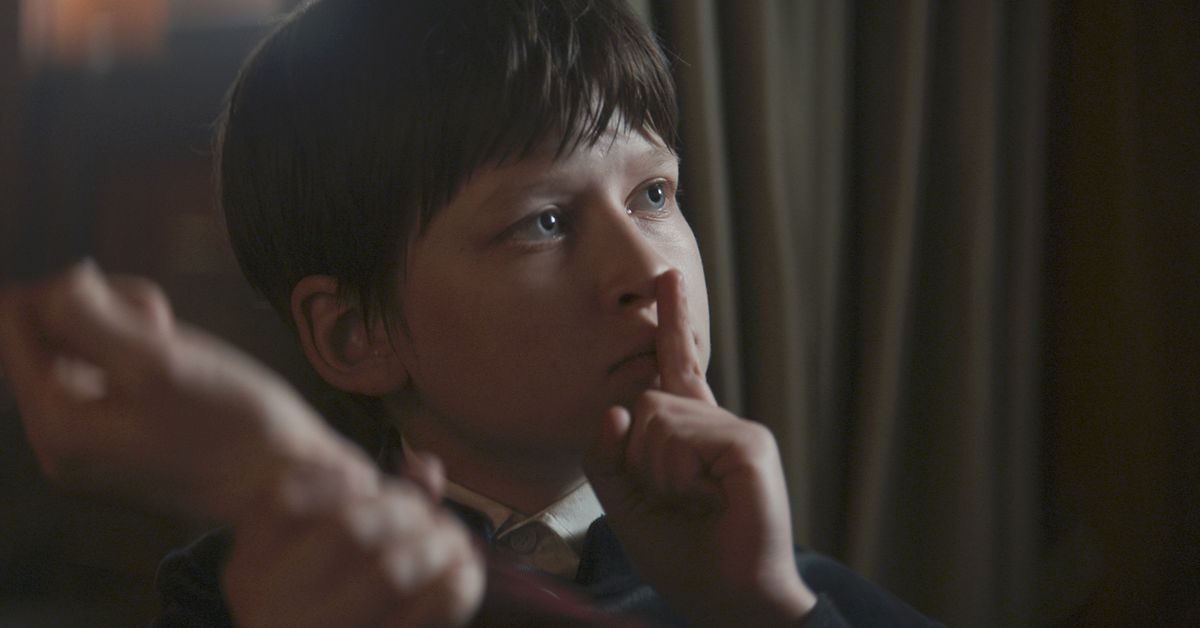 1899, the latest TV show from the creators of Dark, is a puzzle from the start. From its earliest moments, the show is clearly playing at a bigger mystery, something that will remain resolutely opaque for even the first handful of episodes. As the characters — all trapped on a steamer sailing from London to New York where reality seems to warp — circle each other they are understandably wary. Nothing on the Kerberos is as it seems, and reality seems to be slipping away every moment.

But in the world of 1899 there is at least one thing that is incredibly straightforward: The music selection. And in this case, that’s not a good thing.

Each chapter of 1899 comes to a close the same way: a steady amping up of the puzzle of the show, a small reveal (even if it’s not particularly revealing about the show’s central, or even auxiliary, mysteries), and a classic rock needle drop. They are, across the board, distractingly annoying.

Part of that annoyance is it doesn’t feel like anyone reached for anything beyond the most obvious choices. “White Rabbit” by Jefferson Airplane is a classic for a reason, with its methodical drumbeat balancing out the chaotic madness of Wonderland metaphors. And because of that, it ends up being used in everything, all the time, always. You can make the same case against episode 6’s “All Along the Watchtower” (Jimi Hendrix edition), or “The Killing Moon” in episode 3, and certainly “(Don’t Fear) The Reaper” in episode 4. The other needle drops from the early season are Deep Purple’s “Child in Time” and “The Wizard” by Black Sabbath, which are less flagrant offenders though no less vexing. The songs played at the end of the last two episodes are spoiler-adjacent enough not to mention the titles, but trust us: they are considerably worse.

You don’t have to know every time a song has been featured in another TV show or movie to know these are just not deep cuts. And unfortunately, 1899 feels like a bit of a one-trick pony in this regard, leaning very heavily on the anachronistic song choices (at least, they’re anachronistic if the title year is to be believed — possibly part of the show’s larger mystery, who knows) to feel discordant against the period and underlining the characters’ break from reality.

But as each episode comes to a close, the notes they’re hitting don’t amount to much. As mysteries swirl and questions clog the experience, the music just seems too straightforward. Especially when set against the eerie and industrial score by Ben Frost (who also worked on Dark and Raised by Wolves).

Ultimately, it all highlights how much of the show around it isn’t cohereing. By the end of the six episodes given out to critics, 1899 has done little to truly advance its mystery, and less to make its passengers feel like they’re anything but along for the ride. Given the way Dark went — weaving its confusing plotlines into a larger tapestry where it all makes sense on rewatch — there’s certainly room for 1899 to develop these thoughts a bit more. But the soundtrack feels like an indication that the main interests in this show fall in the wrong place.

When the only thing driving a show is the mystery, it’s all going to start feeling reliant on shock value: Compelling characters wash out in favor of setting up the next twist. Storytelling choices are too penned in by subterfuge to feel like they’re meaning anything. All that’s left is the vibe — and when that’s carried without much artistry by songs we’ve all heard a million times there’s not a ton to groove to.