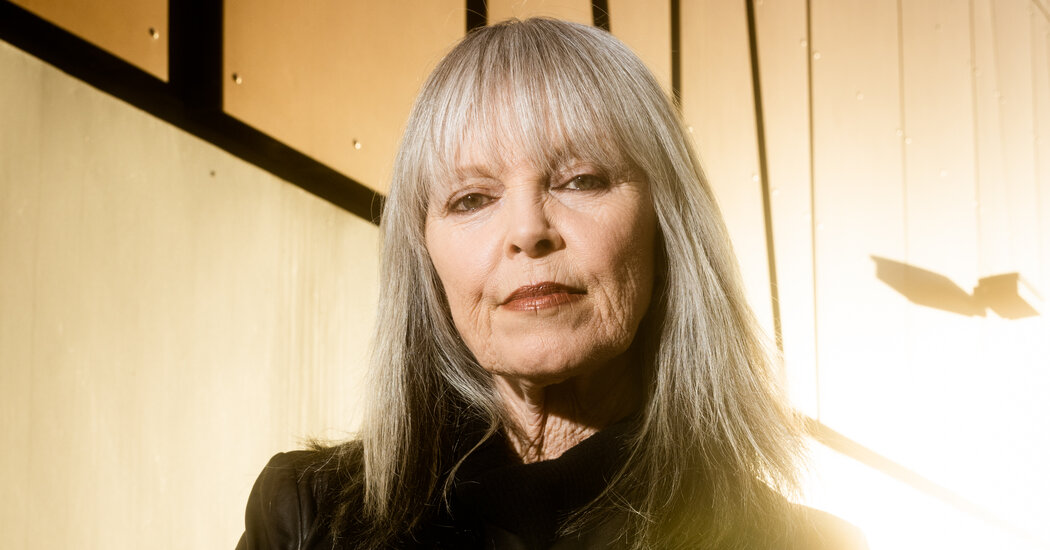 BEVERLY HILLS, Calif. — Romeo, devastated and bereft, gazed over Juliet’s lifeless body, lying atop a table in a rehearsal studio at the Wallis Annenberg Center for the Performing Arts here. But rather than offer a farewell soliloquy before taking his own life, in this adaptation of the Shakespeare play, Romeo broke into song, the lyrics familiar to any rock music fan who grew up in 1980s.

We belong to the light

We belong to the thunder

We belong to the sound of the words

We’ve both fallen under.

Sitting behind a table as she observed this first full rehearsal, Pat Benatar, who sang “We Belong”— a touchstone of the MTV era that reached No. 5 on the Billboard chart in 1984 — stopped taking notes and began to cry. When the run-through was finished, Benatar turned to her husband and musical partner, Neil Giraldo. “Excuse me,” she said, “I’m going to have to go fix my mascara.”

The story of “Romeo and Juliet” has been presented in countless ways over the years, most recently as the jukebox musical “& Juliet,” with songs by Max Martin, which opened on Broadway this month. The Benatar-Giraldo version, “Invincible — The Musical,” is five years in the making, the result of a circuitous route that includes two competing ideas for a Benatar-inspired play, a cease-and-desist order, and a reconciliation that created an alliance between a television showrunner-playwright and the singer whom he idolized as a boy growing up in Southern California.

Bradley Bredeweg, the creator and showrunner of “The Fosters,” wrote the book for “Invincible,” which molds together Benatar and Shakespeare, using rock anthems from the 1980s to drive the narrative of a story written in the 16th century. In previews now at the Wallis, it is scheduled to open on Dec. 2 and run through Dec. 18.

Even with the reimagining of the play, the tragic tale of these two young lovers is as moving as ever, so it was hardly a surprise that Benatar began crying. But it was more than the tragedy of their tale; she had just watched, often mouthing along to the words, a celebration of the career she and her husband have built at arenas and concert halls over the decades, sung by actors who were not even born when their first big hit, “Heartbreaker,” reached the top of the charts.

“You have to understand,” Benatar, 69, said as she headed out for a Sunday morning rehearsal. “I’m the only person who has sung these songs for 43 years. I can’t wrap my head around it.”

“I didn’t think I was going to live past 45,” she said, remarking on the rock ’n’ roll lifestyle, “so I’m pretty delighted to be here.”

That said, the opening of “& Juliet” in New York makes for an unfortunate coincidence of timing for Benatar, Giraldo and Bredeweg, who are hoping their show will also go to Broadway — not that they profess any worry about the competition arriving at the Stephen Sondheim Theater after a successful run on London’s West End. “This is not a jukebox musical,” Giraldo, 66, said of their version, which includes 28 Benatar songs. “Wouldn’t do that. This isn’t ‘Jersey Girls.’”

It almost didn’t happen. Bredeweg, 46, who was surrounded by Benatar music at his home, in the car and at malls when he was younger, came up with the idea when he was driving to San Francisco from Los Angeles. He had just reread “Romeo and Juliet” and popped a greatest-hits Benatar album into the CD player.

“One song after another, they kept coming — ‘Heartbreaker,’ ‘We Live for Love,’” he said. “I started to realize that they are all the songs — if you line that up into the perfect order, they line up with the play we all know. These songs were almost written for this beloved story.”

“That night I get to my cousin’s house and I said I need an hour before I go to dinner, and locked up myself in a room and came up with the first outline of what became ‘Invincible.’”

After writing the musical, Bredeweg convinced the Rockwell Table & Stage, a theater in the Los Feliz neighborhood of Los Angeles that has since closed, to let him stage it there. The early version, known as “Love Is a Battlefield,” ran for six months, selling out on many nights.

Unbeknown to Bredeweg, Benatar and Giraldo had been working in New York on their own show, using their songs to tell the tale of the challenges of being musicians who were romantically involved and confronting the music industry. “For many years, people kept saying, ‘You should do a story of your life. People don’t know the professional side, they don’t know about how the secret partnership works,’” Giraldo said. “It’s not all wine and roses.”

They caught wind of Bredeweg’s show, and sent their manager to see it — and quickly realized the implications of the conflict. “We sent a cease-and-desist letter,” Benatar said. “He didn’t have the permissions. We felt, ‘Let’s just stop this right now.’ We felt really bad, but we had to do it.”

Bredeweg was floored. “It was the scariest letter I have ever seen,” he said. “We shut it down.”

As time went on, Benatar and Giraldo grew increasingly skeptical about the prospect of building a jukebox show based on their own lives. “Whether you like them or not, these shows are not timeless: They have a shelf life,” Benatar said. “You get to a point where you’ve had enough you.”

Intrigued by what they had heard about the show in Los Angeles, they asked Bredeweg to come east and talk about a possible collaboration. He joined them on their tour bus as it rolled through Connecticut.

“When I heard that our songs lined up to tell the story lyrically of ‘Romeo and Juliet,’ I thought, ‘Now, wait a second: That sounds like a damn good idea,’” Benatar said. “Especially when he showed me using ‘We Live for Love’ for the balcony scene.”

The concept of a Benatar-Shakespeare mash-up is certainly adventurous and gave some people pause — including the woman who is now directing the show. “When I first came along, I was like, who knows? This is such a wild card — maybe it will work, maybe it won’t,” said Tiffany Nichole Greene, the director. “I thought, if we agree, great; if not, I get to meet Pat Benatar.”

The more Bredeweg researched Benatar and Giraldo’s career, the more he was convinced that he could put their music in service of his play, without its having the forced feeling of a jukebox musical — in no small part because of the two musicians themselves. “Everyone used to say they were considered the Romeo and Juliet of the rock ’n’ roll industry,” he said of the couple. “Everyone tried to break them up at every step along the way.”

The show is also an unusual production for a theater like the Wallis, known more for plays and classical music, and reflects its struggles as it rebuilds an audience after pandemic losses. Coy Middlebrook, the acting chief artistic officer, said the Wallis was hoping a new audience would be drawn by the promise of an innovative production powered by the music of two known rock celebrities.

“Much of our music until this point has been classical programming,” Middlebrook said. “This was an opportunity for us to move into the pop-rock genre. We are all still coming back and building back. It’s a challenge. We knew this might be an opportunity to get people to come out of their homes.”

Benatar and Giraldo have been at every rehearsal, sitting with Bredeweg, discussing tweaks and changes between breaks. Though based on “Romeo and Juliet,” this play is told mostly in modern English. The story has a number of twists on what Shakespeare wrote; for example, the matriarchs of the Capulets and Montagues are central figures in this version.

Be that as it may, the question remains: Is Broadway hungering for two jukebox musicals based on “Romeo and Juliet”?

“The only thing that relates to this being a jukebox musical is that these songs were once played on a jukebox,” Benatar said. “I love that it is dueling ‘Romeo and Juliets.’ It’s amazing.”