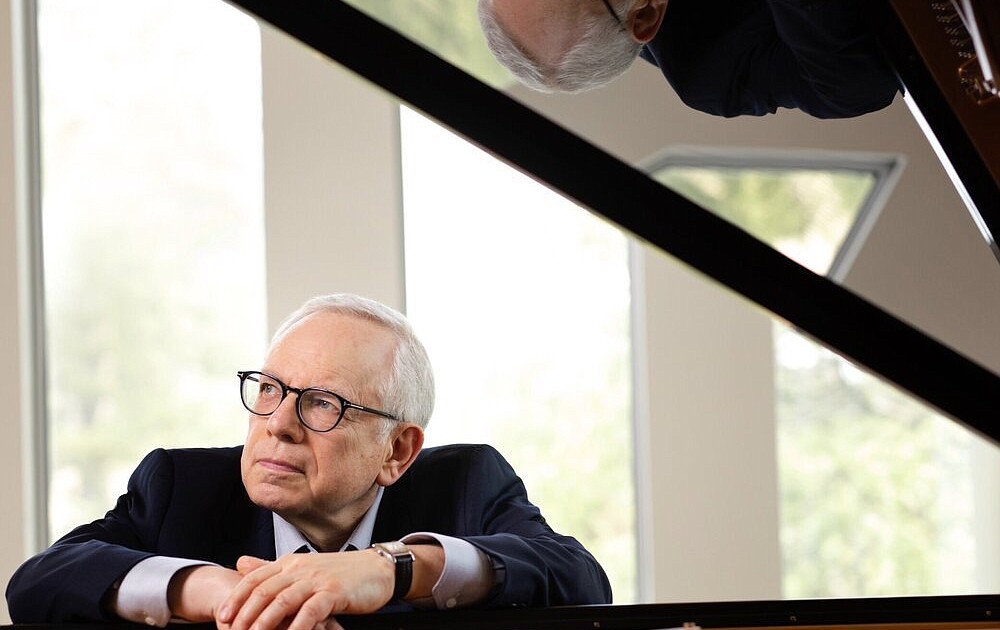 The Glacier Symphony celebrates the 15th anniversary of Festival Amadeus, a week-long classical music festival Aug. 9 to 14 in the Whitefish Performing Arts Center.

Founding artistic director and conductor John Zoltek has crafted the milestone year’s chamber and orchestra concerts as the select Festival Amadeus Orchestra is joined by prestigious guest artists and composers in an innovative musical experience titled “Mozart and the Modern.”

In the first two days of the festival “West meets East,” bridging the aesthetics of Western and Eastern classical music by pairing the music of Mozart with contemporary compositions influenced by Chinese and Asian musical language, poetry and legends. Visiting Canadian composers Mark Armanini and Rita Ueda bring erhu (Chinese fiddle) master Yun Sung, harpist Albertina Chang and narrator Jenny Lu to perform these unique compositions. They will be joined by Kalispell flutist Beth Pirrie to perform such magical and provocative pieces as “Night Bird Singing” and “Water Dragon Tune.”

The festival’s opening night, Tuesday, Aug. 9, is titled “Night Bird and Prague” and will feature new music by Ueda and Armanini, as well as Mozart’s Symphony No. 38 in D “Prague.”

Wednesday’s chamber concert will be an evening of lyrical and poetic music for flute, harp, erhu and narrator.

Beginning on day three, Festival Amadeus returns to more traditional Western fare. On Thursday, Aug. 11, Mozart’s Concerto for Flute and Harp in C Major will be performed with Pirrie and Chang as soloists. Rounding out the concert will be a symphony by Joseph Haydn, and the “Modern” on the program represented by a piece by Ueda.

The final days of the festival feature Robert deMaine, principal cellist of the Los Angeles Philharmonic, and internationally-acclaimed pianist Peter Takács, widely considered one of the greatest interpreters of Beethoven of our time. On Friday, Aug. 12, Takács and deMaine will present Beethoven’s Cello Sonata No. 3 in A Major, as well as chamber pieces by Debussy, Schumann and Brahms.

For Saturday’s performance Takács will perform a Beethoven sonata and the composer’s Piano Concerto No. 4 in G Major with the Festival Amadeus Orchestra under the direction of Zoltek. The orchestra and Zoltek conclude the concert with Symphony No. 4 in d minor by Robert Schumann.

Robert deMaine returns for the festival finale Sunday, Aug. 14, reprising his role as soloist in a modern cello concerto written by Zoltek and titled “Through Tamarack and Pine,” which had its world premier with the Glacier Symphony last November. The festival concludes with Beethoven’s Symphony No. 5 in C minor, perhaps one of the greatest of his symphonies.

Each concert will include a 30-minute Pre-Concert Talk at 6:30 p.m. given by soloists and visiting composers.

Further information and tickets are available for Festival Amadeus by calling the box office at 406-407-7000 or on the Glacier Symphony website https://glaciersymphony.org/.

Camp Festival Amadeus, operated by North Valley Music School in collaboration with the Glacier Symphony, will also be in session for aspiring young musicians in grades 7 to 12. Campers will participate in orchestra sessions, ensembles, and classes taught by musicians from the Festival orchestra, along with workshops and Musical Journey talks with the Festival’s guest musicians. These presentations are open to the public and are held in the lobby of the Performing Arts Center at 3 p.m. Monday, Aug. 8, through Thursday, Aug. 11.

Registration for the music camp can be found on the school’s website http://northvalleymusicschool.org/camp-festival-amadeus/.