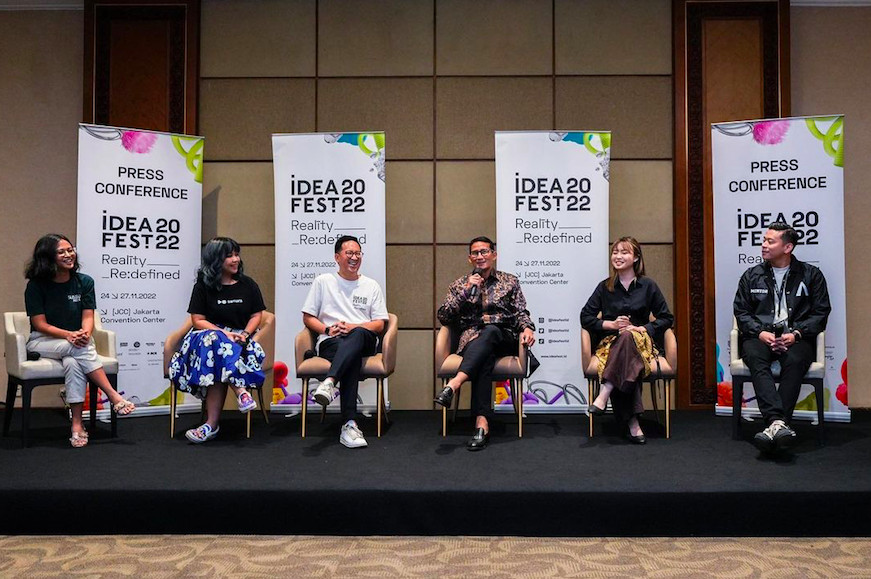 This year’s IdeaFest has the theme of “Re:ality Re:defined”, and presents more than 100 discussions with over 300 speakers.

The festival seeks to encourage the development of creative industries in Indonesia. This year’s topics include NFT trends, visual arts, sustainable lifestyles, culinary arts and music. One event presents Takashi Murakami, a popular name in the world of contemporary art.

“The Re:ality Re:defined theme was selected because a lot has changed after the two-year pandemic, thereby altering thoughts in this industry, so there is the word redefined,” Ben said at a press conference at the Jakarta Convention Center on Thursday.

With IdeaFest presenting speakers from the fields of media, music and other economic and creative fields, Ben hoped creative industry players could make changes to the status quo.

“Because we want people to be inspired with this IdeaFest, where there are real entrepreneurs who are born, leading to the creation of the ideas,” Ben continued.

“Innovation never stops innovating. Adaptation is always flexible – because life changes almost constantly, so we have to keep adapting. And the third thing is collaboration, which is a collaboration of space,” Sandiaga said.

“The creative economy contribution to Indonesia’s economy is ranked the third-largest in the world. The Indonesian creative industry contributed at least 7.4 percent of the total country’s economy,” Sandiaga said.

He added that a young person working in the creative world must not be afraid of failure.

“So, everyone, never stop innovating, adapting and collaborating,” said the 53-year-old minister.