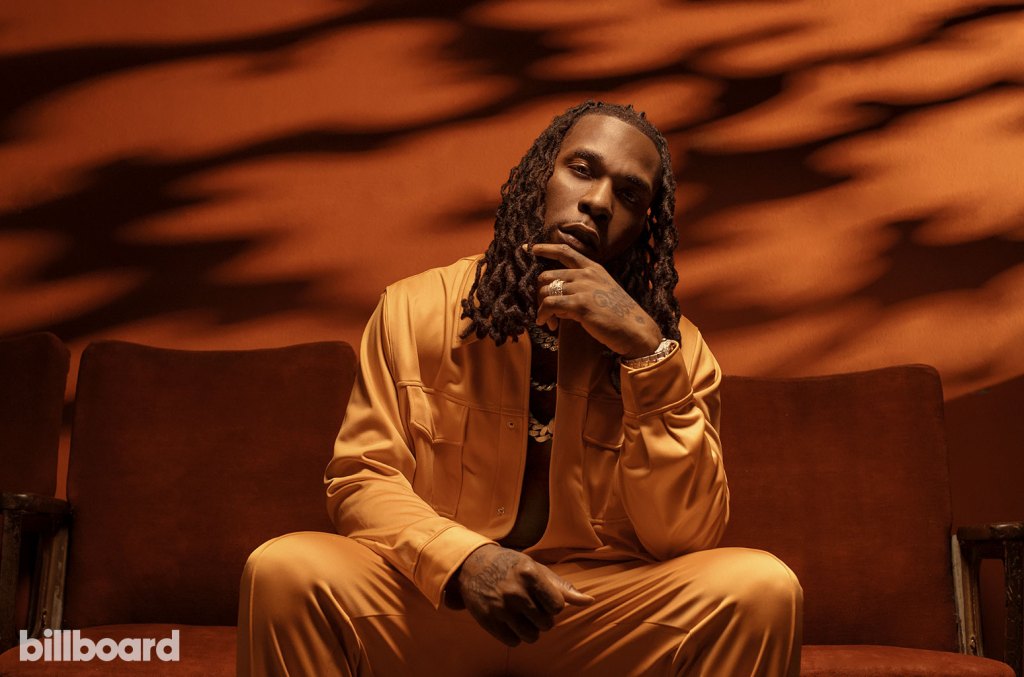 Billboard’s First Stream serves as a handy guide to this Friday’s most essential releases — the key music that everyone will be talking about today, and that will be dominating playlists this weekend and beyond.

This week, Burna Boy boasts a star-studded summer party, Aespa continues to climb, and Brent Faiyaz is ready to shine on his own. Check out all of this week’s First Stream picks below:

The second half of Burna Boy’s new full-length Love, Damini features appearances by Ed Sheeran, Kehlani, J Balvin, Khalid, Popcaan and Blxst, among others; the guest list demonstrates just how wide-ranging the African Giant’s commercial appeal has become in recent years as he’s adopted the stature of a global superstar. Before that run, however, Love, Damini includes some of Burna Boy’s most revealing solo tracks to date, pairing the intricate rhythms with personal anecdotes and ruminations — and recent hit “Last Last” exists as the blueprint of what Burna does best here, serving up an undeniable chorus amidst post-breakup emotional purging.

In a crowded K-pop scene, Aespa has quickly established itself as a major player, compounding the energy of 2020 debut single “Black Mamba” on follow-up tracks and flaunting a natural chemistry between its four members. Girls – The 2nd Mini Album bursts with even more energy than last year’s Savage – The 1st Mini Album, as Karina, Giselle, Winter and Ningning attack pop hooks, rap verses, boisterous electronic breakdowns and dramatic balladry with equal aplomb; there’s a icy-cool confidence within Aespa at all times, and when they declare “We coming” on lead track “Girls,” they mean it.

With a gorgeous voice and a ton of buy-in from the hip-hop and R&B communities, Brent Faiyaz has been on the brink of stardom for years — and sophomore album Wasteland may be the moment where he transcends his high-profile collaborations and stands on his own in the spotlight. Previously released hits like “Wasting Time” with Drake and “Gravity” with Tyler, The Creator stand as strong reminders of Faiyaz’s bona fides on the track list, but the shuddering, sexually uninhibited “All Mine” sounds like the biggest hit here, and the interludes on the 19-song track list — domestic arguments, jarring in their honesty — posit Faiyaz as an artist invested in the full album experience.

A reason why The 1975 stands as one of our greatest modern rock bands: when you press play on a new song, you have absolutely no clue what you’re going to get. “Part of the Band” contains Matty Healy’s signature idiosyncrasies as a lyricist, but here, his fastidious approach echoes within a gentle pop sheen that’s part classic indie-rock, part rustic folk, and wholly unique to the band’s catalog. Fortunately, “Part of the Band” soars separate from its shock value, and sets up another highly anticipated full-length from the quartet.

Latin pop music is currently brimming with singular, hyper-talented female artists, who have carved out their lanes and developed sprawling fan bases as more male-dominated music spaces move toward long-overdue gender parity. “La Loto,” the new team-up between TINI, Becky G and Anitta, showcases a trio of artists paving the way: all three shine as singers, rappers and performers on the track, as their personas complement each other while thriving during their turn on the mic, and setting up one of the stronger posse cuts of the summer.

If you had “Far East Movement and Ryan Tedder’s 2010 pop collaboration ‘Rocketeer’ will become the basis of a kinetic drill anthem” on your 2022 bingo card, congratulations — Fivio Foreign and The Kid LAROI have teamed up over a truly inspired sample, and the results will delight fans of the former’s recent debut LP B.I.B.L.E. “Paris to Tokyo” finds LAROI adopting his collaborator’s breathless delivery, an impressive feat that pushes him away from his recent alt-pop leanings and back into his hip-hop pocket.