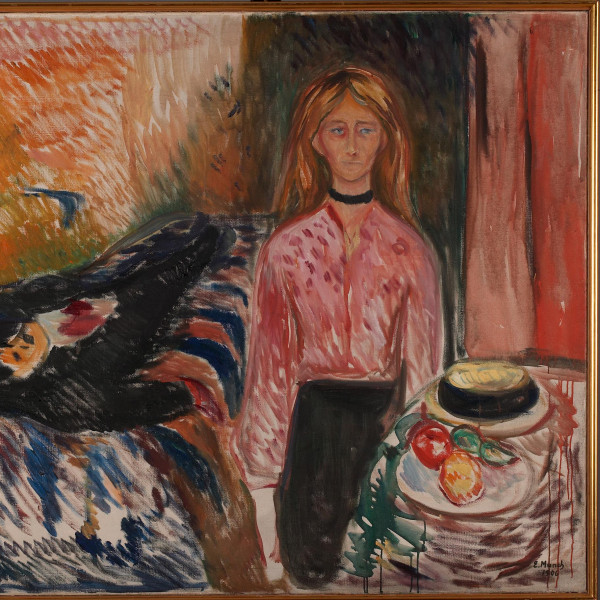 “Gunpowder & Lead” goes a step further than Sullivan or Underwood’s songs. It’s not just a song about harming someone’s physical property, it’s about taking a life and feeling justified in doing so. Obviously, killing someone is not only illegal but immoral, unless done in self-defense. Still, I recognize the power of imagining a different outcome than the one often afforded in real life, where women’s abusers tend to return and cause even more harm. Some women who have been repeatedly abused and have little faith in the criminal justice system’s ability to protect them have argued that killing an abuser isn’t an act of revenge, but of ensuring future violence isn’t caused against them. This song and the others like it—including The Chicks’ “Goodbye Earl,” which preceded “Gunpowder & Lead” by eight years; and Carrie Underwoods’ “Two Black Cadillacs,” which came out in 2012—trust that listeners can discern fiction from reality.

I‘m not interested in speaking about the morality of these songs or whether they should exist at all. They exist. Violence, even in its most extreme forms, has long been a major part of pop culture. Revenge or some form of vigilante justice is often the motivation, furthering the plot and giving fans a reason to cheer on even the most gruesome acts. SZA’s “Kill Bill,” an ominous track about murdering an ex and his new girlfriend in a moment of jealousy (“rather be in jail than alone,” she sings in the hook), became one of the most-streamed standouts from her chart-topping album SOS (2022). The song is, of course, named after the set of Tarantino films with one of the most popular revenge plots in film history. Despite criticism of art that depicts violence, most people can partake in this content without ending up on Snapped. In general, there’s an understanding that in life we are expected to live by a set of rules that typically bar us from seeking revenge, even through less violent means. There’s a release that comes in watching or listening to our favorite characters go low when we cannot.

It’s not surprising that people can’t get enough of SZA’s “Kill Bill.” It is extremely catchy and features vivid storytelling. What’s surprising is that it has risen in popularity without receiving much criticism for the violence it depicts. In music specifically, there has long been a double standard when it comes to violent lyrics and the ways in which Black artists are villainized and sometimes criminalized for the words they deliver over a beat. This has come up a lot in my reporting here in Atlanta, as I’m covering a racketeering case involving rappers Young Thug and a dozen other defendants. Much of the media coverage surrounding the ongoing case—in which the rapper is accused of using his YSL record label as a front for gang activity, including violent crimes such as murder—has focused on whether the prosecution should be allowed to use rap lyrics in a court.

The 2019 book Rap on Trial, written by Andrea L. Dennis and Erik Nielson, hinges on “dozens of instances of prosecutors submitting rap lyrics as evidence in criminal trials dating back to the late 1980s, with overwhelmingly successful conviction rates and cases having only increased since then,” according to Okayplayer. The issue mostly stems from whether or not the general public (and, sometimes, prosecutors) believe Black musicians are capable of writing imaginative lyrics that are in no way autobiographical. In Rap on Trial, Dennis and Nielson describe a case in which the prosecutor references Johnny Cash’s “Folsom Prison Blues” as an example of lyrics that were obviously fictionalized before stating that the defendant, a rapper, was different from Cash. The rapper’s violent lyrics were, according to the prosecutor, a “reflection” of his “soul.” Even if an artist isn’t facing conviction, the court of public perception still tends to be harsher when it comes to the portrayal of violence in the work of Black artists.

Back when I was blasting “Gunpowder & Lead” as a teenager, I don’t think it occurred to me that only some people were afforded these fictional liberties. The first time this sank in for me was in 2011 when Rihanna released the music video for her Loud single, “Man Down.” I was a freshman in college by then and a longtime fan of the singer for many of the same reasons I’d grown to love Lambert. Rihanna’s legacy is one of subverting traditional themes about what it means to be a woman in public. In her music and the glimpses we’ve gotten into her private life, she’s regularly shunned the perceptions of how someone who is heartbroken or even a victim of abuse should exist publicly. Her behavior has drawn her both criticism and praise. (In 2009, when she was 20, Rihanna was assaulted by her then-19-year-old-boyfriend Chris Brown. Gruesome photos of the incident leaked to the press.)

Until the “Man Down” video was released, the things that stood out the most to me about the song were its midtempo reggae production and the lyrical use of patios. It was catchy, but also vague in describing the offense that led to the song’s main character killing a man in public. It expressed regret—the central part of the wailing hook hinges on the words “Oh, why”—but also conveyed that the main character felt she had few other options. The track didn’t feel like a celebration as much as it did an expression of grief over a set of unfortunate circumstances. While the song itself only refers to the man “playing [her] for a fool” before the fatal shooting, the video is far more graphic, alluding to the man raping the singer before she runs home to retrieve her weapon.

It only took a day after the video was released for advocacy groups, the Parents Television Council, Industry Ears and the Enough Is Enough Campaign, to “condemn” the video and demand Viacom (the parent company to BET) ban it from airing on television. According to The Hollywood Reporter, Paul Porter, who co-founded Industry Ears and was a former music programmer for BET, referred to the video as “an inexcusable, shock-only, shoot-and-kill theme song.” The Parent Television Council criticized the video for depicting a “cold, calculated execution of murder.” A spokesperson for the advocacy group added, “Instead of telling victims they should seek help, Rihanna released a music video that gives retaliation in the form of premeditated murder.”

In this article:American, man, Oxford