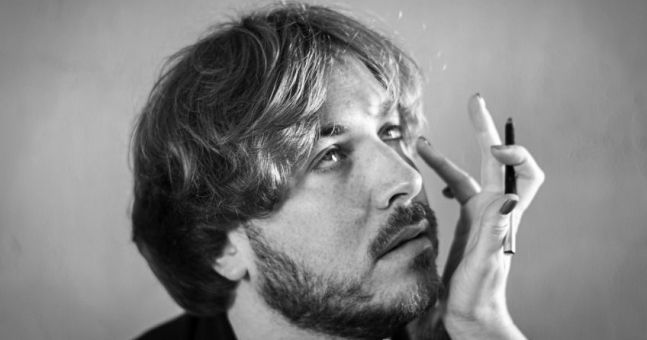 Dublin singer-songwriter Paddy Hanna has shared a new single from his upcoming fourth studio album Imagine I’m Hoping in the form of ‘Nightmares’.

“There’s nothing in this world to make you better when you wake I’ll tell you so,” Hanna croons on the romantic track, which touches upon awaking from night terrors to find your loved one waiting. “You might think that you feel dangers all the time.“

A sunburst of piano and sweet harmonies soar throughout ‘Nightmares’, ironically.

“There aren’t enough love songs about nightmares,” Paddy shares about the new single.

“My partner and I often have very troublesome dreams, the kind where you find yourself waking with a scream and a gasp for air. On many of these occasions my partner would be there to offer comfort and assurance that everything was alright, upon reflection I realised this was an achingly romantic notion, that of a frightened soul being comforted by the person they love the most, of love waiting for you at the opposite end of darkness. The song pretty much wrote itself from there,” he explains.

Listen to ‘Nightmares’ below.

Hanna has also announced the release date for his new album Imagine I’m Hoping, which lands via Strange Brew on Friday, 21st October 2022.

Imagine I’m Hoping will be available digitally and on limited edition Buffalo Yellow vinyl. Pre-order it now from Strange Brew.

The Dubliner has built a reputation for his timeless melodies and fine songwriting, gaining the likes of Burt Bacharach and Fontaines D.C. as fans. The much-anticipated follow-up to 2020’s The Hill, this new record has already gained early acclaim with jovial lead single ‘New York Sidewalk’.

Since 2014’s debut Leafy Stiletto, 2018’s Frankly, I Mutuate, and 2020’s The Hill, Paddy has been basking in the light of something quite pure: fatherhood.

“Everything about this new record is borne out of love, which is the first time I can say that,” he says of his upcoming LP. “During the pandemic, I got engaged and married. The album was recorded while there was a baby in my wife’s belly. Everyone who worked on the album, I have the greatest affection for. It was just a lovely experience. It was love on top of love. The album, thematically, is about letting go of things.”

Despite Paddy’s more summery sound on Imagine I’m Hoping, he is still deeply influenced by horror movies and all things macabre.

Hanna began his career in music as the frontman of Grand Pocket Orchestra before switching his attention to solo material with the release of his debut album in 2014.

With a new, more optimistic Paddy Hanna now in the driving seat, 2022 may well be the year that this idiosyncratic underdog rises up to take his rightful place centre-stage.