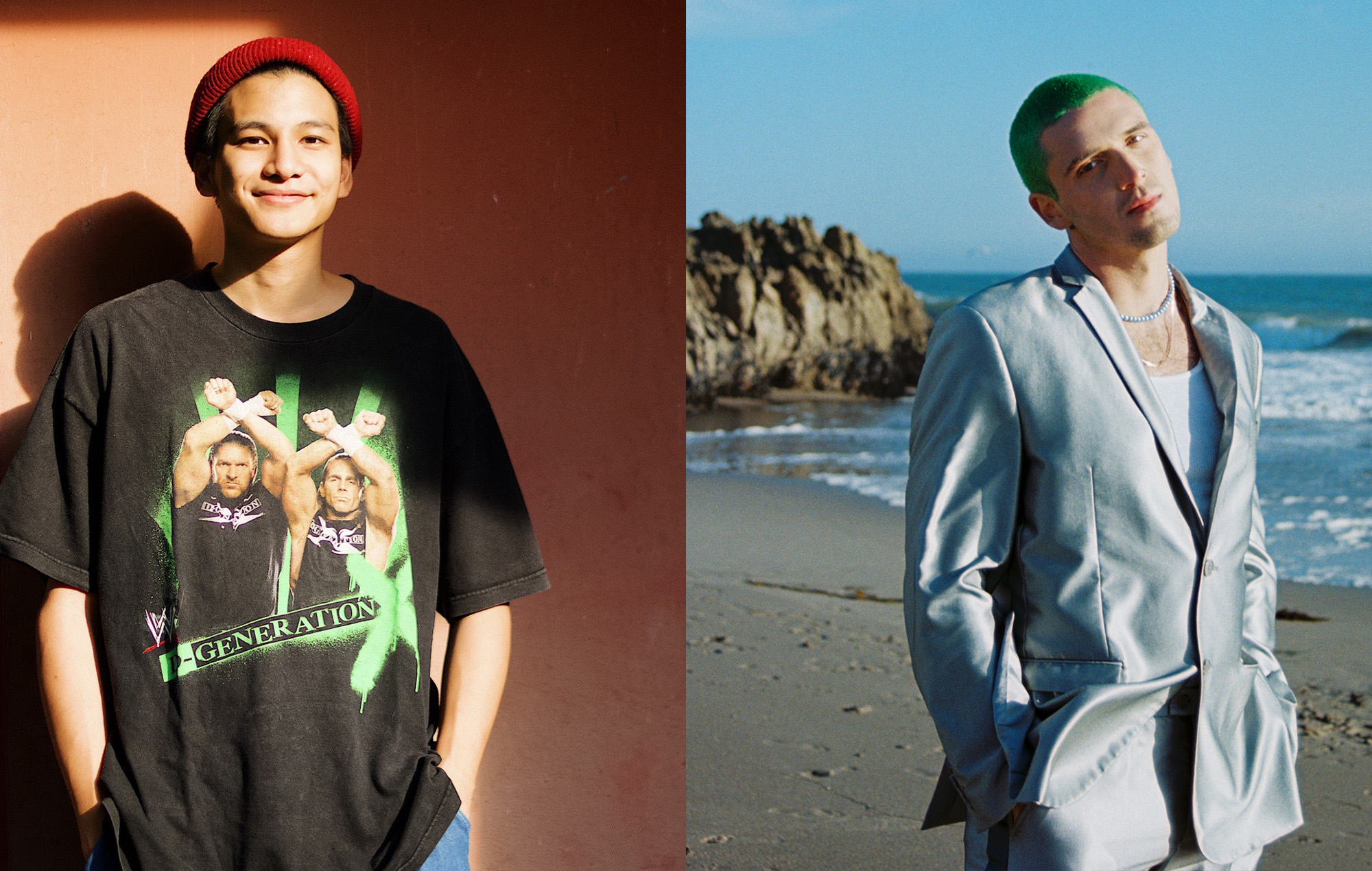 In partnership with VERY Festival

The international touring circuit has finally sprung back to life in Asia after years of silence. Artists big and small are not only staging their own headline concerts, but also eagerly joining festival bills to create joyful experiences for music fans of all stripes.

Creating sweet lasting memories – that’s the goal of VERY Festival in Bangkok. The Thai music festival is coming back with a bang this month, bringing nearly 40 artists from the region and beyond to Wonder World Park for a three-day extravaganza to remember. The likes of Franz Ferdinand, Lauv, The Kooks, Keshi and more will play to a total of 15,000 eager fans this year – three times the attendance of its last festival, its debut two-day event in 2019.

Having 5,000 fans turn up to the first VERY Festival “was a big surprise for us,” VERY Festival promoter Smitthi Bhiraleus recalls to NME. Bhiraleus is no stranger to the music business, having held top positions at Channel [V] and MTV Thailand and founded The VERY Company, which has its own music television channel VERY TV and has promoted concerts in Thailand by the likes of Liam Gallagher and Bring Me The Horizon.

In 2019, “we wanted to book so many bands that there weren’t enough months in the year,” he says – so they decided to bring them under the umbrella of VERY Festival. It was a bit of a gamble, despite Bhiraleus and VERY’s substantial experience in the live music business. Thailand has a great appetite for headline concerts and local music festivals, and massive music festivals packed full of international acts had been held in Bangkok before – Bhiraleus points to the legendary Bangkok 100 Rock Festival of 2006, which brought Oasis, Ian Brown, Franz Ferdinand, Placebo and more Britpop and rock favourites to the city. But costs, he says, have always made booking such festivals challenging in Thailand.

The success of the first VERY Festival, though, signalled that winds might be changing. “Once we did VERY Festival, we found out there was this segment of people who wanted to see as many acts as possible, to hear as much music in one day in one event,” Bhiraleus says. “So we thought, ‘this can grow’. We planned to do the second edition bigger, then COVID came along and we waited two years. And now here we are!”

Bigger indeed. Bhiraleus can hardly contain his excitement when discussing headliners Franz Ferdinand and The Kooks, thrilled at the prospect of these indie titans playing the same festival in Bangkok. (“I want to hear 10,000 Thai people singing to ‘Take Me Out’ – not the hook, but the guitar riff!”) Besides old favourites, VERY has also booked Lauv and Keshi, both American singer-songwriters who have formidable Southeast Asian audiences.

Booking big names alongside newer ones is the VERY ethos, Bhiraleus says. “Working with new artists, rising stars, that’s our expertise: putting our belief into new artists and their sound.” He points to Keshi, who will be headlining his first-ever festival in VERY, as well as Fiji Blue, who has booked an Asian tour around VERY Festival. VERY also prides itself on building lasting relationships with artists – the bands Fur and Joan, who played the 2019 festival, are returning for 2022.

Something else Bhiraleus believes distinguishes VERY from the pack is its constant, multi-pronged engagement with fans through the company’s media arms, such as VERY Radio. VERY books from the heart – “it starts the passion for the music and wanting to book as many bands as possible,” Bhiraleus says of their “old-school” approach to promotion – but is also receptive to fans’ requests and aware of listeners’ changing tastes. “We know what we want, and [fans] react what we present to them through the media.”

What has changed the game is the rise of streaming platforms like Spotify and Netflix, which have opened up new worlds of entertainment to consumers. This has helped tastes but also musicians’ styles to become more cosmopolitan, Bhiraleus believes, pointing to how more Thai artists are taking a more ‘international’ approach to their art and careers. “There’s something that’s very interesting: the language barrier decreasing and people producing more English content as well as providing for local tastes. It’s thinking global but acting local.”

A prime example of this sea change is VERY headliner Phum Viphurit, who “was ahead of his time” when he broke out with the YouTube-viral single ‘Lover Boy’ in 2018, says Bhiraleus. The other local acts on the bill, such as HYBS and Violette Wautier, make similarly accessible music with crossover potential. The Korean indie wave – which to Bhiraleus is another example of an increasingly cosmopolitan, borderless music landscape – is also represented on the line-up in Adoy and Wave to Earth.

A threefold increase in attendance between events is just the first encouraging sign for VERY. Bhiraleus is optimistic about the demand for live music: “People have been locked off from live music for two years and now they want to go out and see things.” VERY Festival wants to become a destination festival in Thailand, an annual tentpole event that’s also oriented towards family and community. And most of all, Bhiraleus wants VERY Festival to give music lovers the indelible memories that you can only get at a music festival with your friends.

“When I was young, I had the opportunity to see the likes of Bon Jovi, Manic Street Preachers and Radiohead. I want to create something similar for a new generation of Thai people as well.”

VERY Festival is not only bringing big international names to Thailand but also platforming some of the country’s most promising and exciting local artists. Here are seven that you should know.

AUTTA: A rapper who came to prominence in 2019 after emerging in the top three of two rap competition programmes, Rap Is Now and The Rapper Thailand. AUTTA’s atypical flows and complex rhyme schemes are no doubt linked to his college education in jazz guitar and his love of prog rock (think Animals As Leaders and Polyphia). He’s working on his debut album, which will feature collaborations with alt rock musicians in the Thai scene.

HYBS: The chilled-out, offbeat duo of Alyn Wee and Karn Kasidej make easy-listening pop and R&B tunes as HYBS. The airy, romantic vibes of their music are explained by the circumstances in which the band was formed: pandemic lockdown in Bangkok. They broke out with the single ‘Ride’ last year and followed up with the debut album ‘Making Steak’ in September.

LANDOKMAI: Ant and Upim were longtime friends when they officially joined forces in 2018 as LANDOKMAI. Together, they make indie folk that showcases their sweet vocal melodies. They’ve worked with their What The Duck labelmates Whal & Dolph and recently made a bilingual foray by releasing a Japanese version of their 2022 single ‘Tsuki’.

Phum Viphurit: The singer-songwriter broke out four years ago with ‘Lover Boy’, a summery tune that the YouTube algorithm has helped boost to 90million views so far. After spending his childhood in New Zealand, Viphurit moved back to his native Bangkok as a teen to study music. Building on the success of ‘Lover Boy’ and his 2017 debut album ‘Manchild’, Viphurit has been steadily amassing a global fanbase through collaborations, heavy touring and festival slots – including at VERY Festival, where he will co-headline the third and final day.

SAMMii: Thai-American artist SAMMii debuted just last year but has already made waves with her effortlessly hooky pop-rock, showcased on her first EP ‘Making Me Sick!’. The project landed on NME’s midyear list of 2022’s best Southeast Asian releases so far, with writer Chanun Poomsawai declaring: “It may only be seven songs, but this project shows SAMMii is fully formed as an artist with a fresh point of view and effortless authenticity to match.”

SILVY: A proudly body-positive and queer artist, SILVY is an unapologetic pop force. She may have dropped her self-titled debut album just earlier this year, but she’s been in the industry for a decade, lending her voice to soundtracks and competing on singing shows like The Voice and The Masked Singer. This powerful performer was nominated at this year’s MTV Europe Music Awards in the Best Asia Act category alongside the likes of NIKI and Tomorrow X Together.