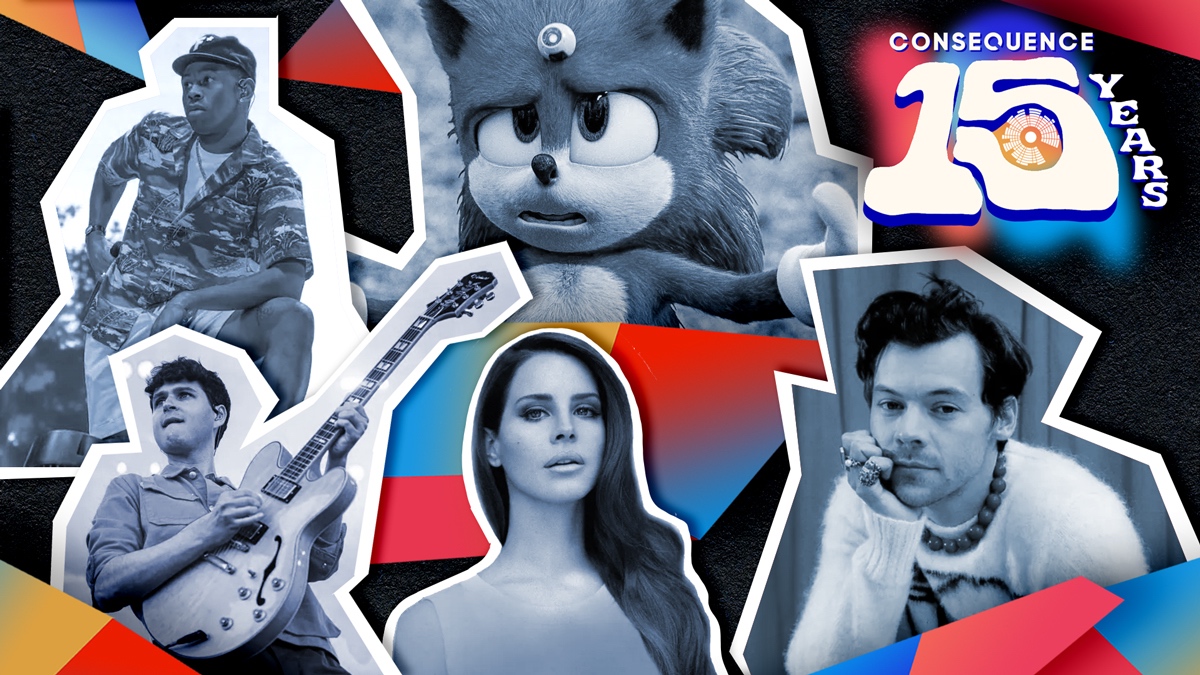 It’s Consequence’s 15th anniversary, and all September long we’ve been publishing a series of retrospective pieces encompassing our publication’s own history — and the entertainment landscape in general. Today, the Consequence team looks back on 15 times we got it wrong.

Pobody’s nerfect. We here at Consequence know that as well as anyone. Like any journalistic endeavor, we’ve prided ourselves on critical takes that have built a cache of respect and authority with our readership — and in the pop culture editorial landscape at large. But that doesn’t mean we’ve spent 15 years being totally infallible.

To be fair, when you’re reading a review or digesting a ranking, you’re really getting the opinions of an individual or select group of personalities. That said, when those lists and evaluations are published under the Consequence banner, they naturally end up representing the publication as a whole. And try as we might to represent ourselves in the best light possible, we’ve made a mistake every now and then.

As we look back at a decade and a half as an independent publication, we thought it was about time we offered a mea culpa for those blights on what we hope is an otherwise esteemed record. We dug through our archives and pulled out some reviews we wish we could rewrite, lists we would re-enumerate, and opinions that we’ve grown to reconsider.

So, we’ll admit it: Sometimes we were just wrong. Hey, that’s the consequence of being in the journalism game for 15 years; your takes might not always age terribly well. Now, it’s time to set the record straight.

We’ve already started to set the record straight on Lana Del Rey’s seminal 2012 album: Earlier this year, we ran a retrospective on how the album has impacted pop music in the decade that’s passed since its release. The conclusion we reached is that, in many ways, Born to Die holds up as a blueprint for pop melancholia — many have done it since, but no one has done it like Lana Del Rey.

The LP is absurdly theatrical, and despite being a far cry from the music dominating the charts at the time, it somehow found the ears it needed to find. The aesthetics for the album revolutionized a certain corner of the pop culture world, setting Tumblr blogs on fire with her desaturated nostalgia and red lip. Everything about Born to Die saw Lana Del Rey putting on a show, and she was playing a part she was meant to play throughout. One might even call the album ahead of its time — us included. We even had to include it on our list of the Top 75 Albums of the Last 15 Years. — Mary Siroky

In this article:Times, Wrong, years