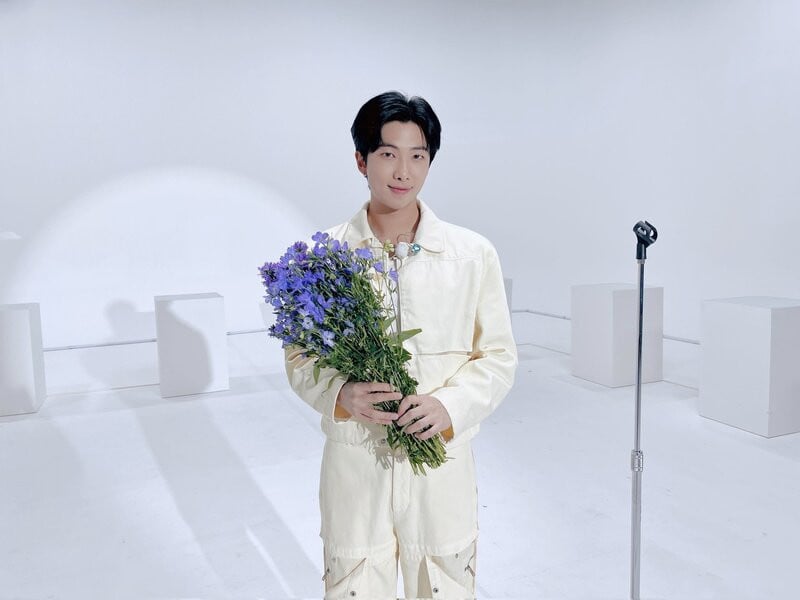 It is clear that these days and as 2022 comes to an end, BTS (방탄소년단) and RM (아르엠) don’t need much of an introduction due to numerous headlines and interviews upon each milestone and impressive records they have broken. This post digs a little deeper into Kim Namjoon (RM) and his most recently released body of work ‘Indigo,’ including a look into the artists that are featured on this album.

In November 2017, RM would announce the change of the meaning of his stage name would currently stand for ‘Real Me’ as he felt like the past meaning of his stage name no longer connected to who he is now as a person. Afterward, he would release his first single with Wale titled ‘Changed’ before being featured on Fall Out Boy’s ‘Champion’ remix on December 15th of that same year.

RM would later go on to release multiple singles and albums after that. He would later release the 7 track ‘Mono’ on October 23rd, 2018, ‘Bicycle’ on June 7th, 2021. Before being featured on the track ‘SEXY NUKIM’ on September 1st, 2022. Afterward, Indigo would be the debut studio album of RM and his first full-length body of work since Mono in 2018.

Who are the artists featured on Indigo?.

Erykah Badu, born February 26th, 1971, is known as an American Singer-Songwriter, record producer, and actress. Influenced the most by R&B, soul, and hip-hop. Her top songs include On & On, You Got Me (Explicit), Didn’t Cha Know, and more. She has won numerous awards and nominations, including a win at the 200 Black Reel Awards for best-supporting actress.

Born Brandon Paak Anderson on February 8th, 1986, he is an American Rapper, Singer, Songwriter, Record Producer, and Drummer. He won his first Grammy Award for Best Rap Performance with his song ‘Bubblin’ and later won two Grammy Awards in 2020 for Best R&B Album with Ventura and Best R&B Performance for “Come Home.”

Probably and notably known for being a soloist and in the group Epik High, he graduated from Stanford University with honors in English literature and creative writing. He is also a record producer and songwriter for other artists.

Kim Sa-wol is a South Korean folk/rock singer and songwriter who would later make her debut in 2014. Her first solo album ‘suzanne’ would go on to win the ‘Best Folk Music’ award at the Korean Music Awards. Kim Sawol’s Spotify currently holds 27K monthly listeners, with some of the top tracks hitting 52K plays + 166K plays/ listens.

Paul Blanco (폴 블랑코) is a super-talented Korean Canadian singer, producer, and rapper who debuted underneath Masquerade in 2018. He was born in Toronto on September 14th, 1997.

Mahalia Burkmar (Mahalia), is a British Jamaican singer, songwriter, and actress. She has released several EPs and two albums (Diary of Me) and (Love and Compromise). She was born on May 1st, 1998, in Leicester, United Kingdom, and is currently under Asylum Records.

Kim Hee Su (김히스) or notably and musically known as ‘Colde’ (콜드), is a soloist and a member of the group OFFONOFF, including part of the crew Club Eskimo that also features Dean, MISO, Millic, Punchnello, 0Channel, Crush, Rad Museum, and Chek Parren. He has worked with RM, Heize, and Baekhyun.

Youjeen (유진) is the Lead Vocalist and Maknae of the 4-member South Korean co-ed rock band Cherry Filter. (체리필터). In 2001, she pursued a solo career in Japan.

Park Ji-Yoon (박지윤) is a solo singer, actress, and model under her own self-entitled company ‘Park Jiyoon Creative.’ She debuted as a solo artist on February 18th, 1997.

You can check out some of the current promotions for Indigo here: