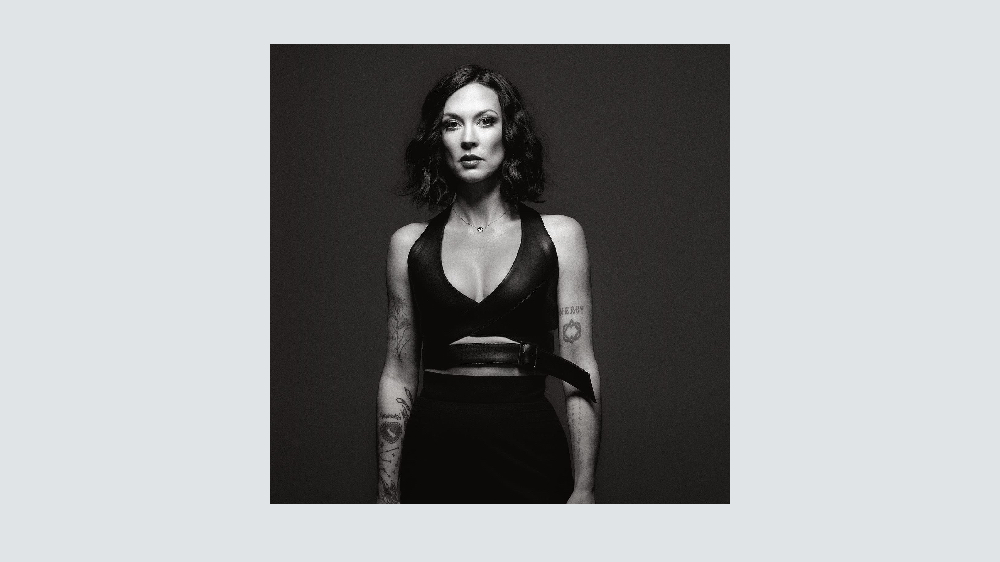 That pose that Amanda Shires strikes on the cover of “Take It Like a Man” — is it the look of allure, or alarm? Even after some time spent with the record therein, it still seems like it could be either. The singer-songwriter-violinist kicks off her seventh solo release with “Hawk for the Dove,” about as broodingly carnal a track as you’re going to hear this year. Shires then follows that sensual starter with nine more songs that are mostly about what happens after the thrill is gone. That kind of bracing writing can be a thrill unto itself, as it turns out.

It’s an album about the midterms — the relationship midterms — and describing it as forthright scarcely begins to do it justice. Suffice it to say for starters that any couples currently in counseling could probably benefit from just bringing “Take It Like a Man’” into their next appointment and starting the session by letting it play out at full length, even if there wouldn’t be a huge amount of time left for talking after its 37 minutes are up. Somebody’s gonna feel heard when this record spins, and it’s not just Amanda Shires.

Where all this confessional writing lands is somewhere within the country of country, although no one will mistake it for commercially inclined product, not even with as mainstream a star as Maren Morris sitting in on guest vocals. There are moments on the album that hark back a little to the countrypolitan side of classic Nashville, when a sweet piano gets paired up with some sad strings, and maybe Jason Isbell (her husband, if you hadn’t heard, as well as her house guitarist) will lean into the baritone side of his instrument for a solo that digs deeper into the gut while every other musical element is tugging upwards at the heart.

On Side 2, where some of the cheerier-sounding songs reside, a horn section comes in to lend a very light R&B touch to the proceedings on a few deep tracks. Mostly, though, “Take It Like a Man” gives good brooding. Do a mental fade on Shires’ lead vocals, if you can, and without that Edgy Dolly voice, you might almost imagine some of these tunes as part of the mature, late-period Springsteen catalog, as a reference point for sound and soul-searching.

Shires has indicated in interviews that she was experiencing some stasis in both her personal life and recording career a few years ago; changing partners in at least one of those was an option. Hence, the introduction here of a new producer and co-writer, Lawrence Rothman, a rising figure in the Americana world, who ironically — or purposefully — offers some fresh musical perspective for a record that’s at least partly about its frontwoman feeling stuck. The success of their partnership here, as if they’d been commingling for years, is proof that Shires knows a good marriage when she intuits one.

That may well go in all areas, but she’s unafraid in “Take It Like a Man” about exploring the darker, more doubting corners of a long-term relationship, coming up with lines or couplets that can knock the wind out of you for a second, regardless of whether you’re reading them as personal or universal. Many of the songs go to that place where commitment is assured but the continuation of passion isn’t, with a narrator who’s deeply attuned to even the slightest physical signals that something may be amiss, or just acclimatized. “You used to lean in like I was whispering / Any excuse to get near again,” she sings in “Empty Cups. “I still miss the way you lean in / What happened between now and then?”

And: “I was always a sucker for your wrist at my cheek.” That’s not even the first such reference on the album; earlier, she sings, “I was snared by your wrist.” For all the fetishizing that may occur on record in 2022, there’s something to be said for someone eroticizing that undersung a body part as a totem of tenderness. It’s not the only unusual expression of physical intimacy that pops up: “You were smiling so much, you kissed me with your teeth” is another keeper. Not that the artist is automatically a sucker for a smile; she singles out “that grin that you give when you want me to quit” in measuring up a partner who may be less invested in seeing an argument through to the end than she is.

Most of the tracks on “Take It Like a Man” — the title of which can be taken several ways — explore the tentativeness that nearly anyone in a lasting relationship feels, knowing that past performances are no guarantees of future results in domestic matters. Only once, in “Fault Lines,” does the artist really allow for the possibility of a permanent fissure — for the length of a song, she imagines the explaining that would have to be done and blame that would have to be placed, or not: “You can say I lost my grip / Say whatever feels better or whatever / You can just say I’m crazy.” Later in the tune, she sings, kind of devastatingly, “And so you know, I’ll say, ‘I don’t know’ / But no one’s gonna be asking me” — maybe alluding to what it’s like to be with a slightly higher-profile partner, or maybe just generalizing about how society’s gender hierarchies force someone to take hard knocks like a woman.

Lest it seem like she’s sentimentalizing her own struggles, there can also be a pragmatically self-knowing quality to the way she gets at how these doubts, demons and unmet needs are a normal part of life: “I’m losing my balance / I’m not losing my mind,” she says, with almost comic, matter-of-fact frankness, in the tellingly titled “Don’t Be Alarmed.”

“Take It Like a Man” isn’t as sad an album as these excerpts might suggest it is. As previously mentioned, a lighter side of the record comes to the fore more in the second half, in a track like “Here He Comes,” a sexier number that suggests the power of those pheromones to kick in even when not every emotional need is getting met. And if you put the album on repeat, it will always be kicking back to that deliciously, libidinously needy opening number, “Hawk for the Dove,” where Shires paints herself nearly literally as a benign predator. It’s like the seasoned woman’s “I’m Gonna Getcha Good.” And it’s one of the few times on the albums where she busts out her trademark fiddle, not for finesse but nearly sawing away at it, in a culmination of the slow-burning tune’s steamy ferocity.

But even in the album’s most vulnerable moments, maybe especially in those moments, Shires is proving what a tough character she really is, exploring territory that singer-songwriters a little less sure of themselves would fear to tread. You’d just about have to have some of the cockiness that Shires’ friends and fans know she has to sing this nakedly about about the uncertain moments. If there’s any danger in letting both power and unguardedness fill her sails, well, she can take that like a catamaran.