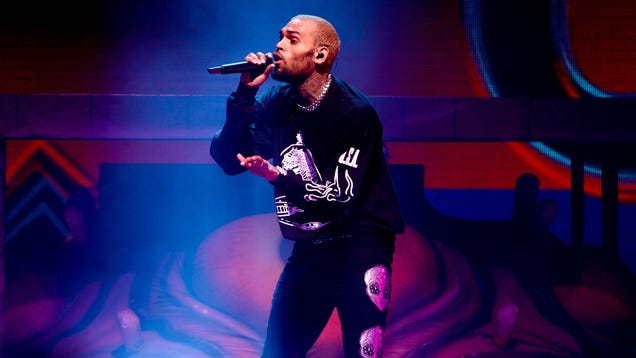 In case you aren’t aware, this year marks the 40th anniversary of Michael Jackson’s Thriller album. In commemoration of that, the production company behind the 2022 American Music Awards tapped Chris Brown and Ciara to put on a stellar dance performance as a tribute to the musical icon. But as previously reported by The Root, Brown’s set was cancelled just before the ceremony aired for “reasons unknown.”

“U SERIOUS?” Brown captioned in a post to Instagram where he posted rehearsal footage of the the dance.

“Would’ve been the AMA performance but they cancelled me for reasons unknown,” Brown clarified in the comments.

On Tuesday, Ciara also shared footage of her rehearsal with Brown on Instagram, captioning in the post: “MJ thank you for the inspiration you’ve given us all! Thriller 40th Anniversary. @ChrisBrownOfficial you’re a rare breed of this generation. Always fun to rock with you.”

Now, Dick Clark Productions, the production company behind the awards show is responding to the cancellation in a statement sent to Entertainment Tonight.

“Live shows change all the time, it’s the nature of this business; unfortunately, this element of the AMAs didn’t come together as we couldn’t align on the performance, to no fault of Chris Brown,” the statement read.

Despite Brown’s absence during the awards ceremony, he still walked away with the award for Favorite Male R&B Artist on Sunday. His win was booed by the crowd, which prompted award presenter Kelly Rowland to shush them and give words of support for Brown.

In the aftermath of that statement, Rowland doubled down on her support of Brown on Tuesday, telling TMZ in part: “We all come up short in some sort of way and grace is real. And we are human and everybody deserves grace, period.”

More from The Root