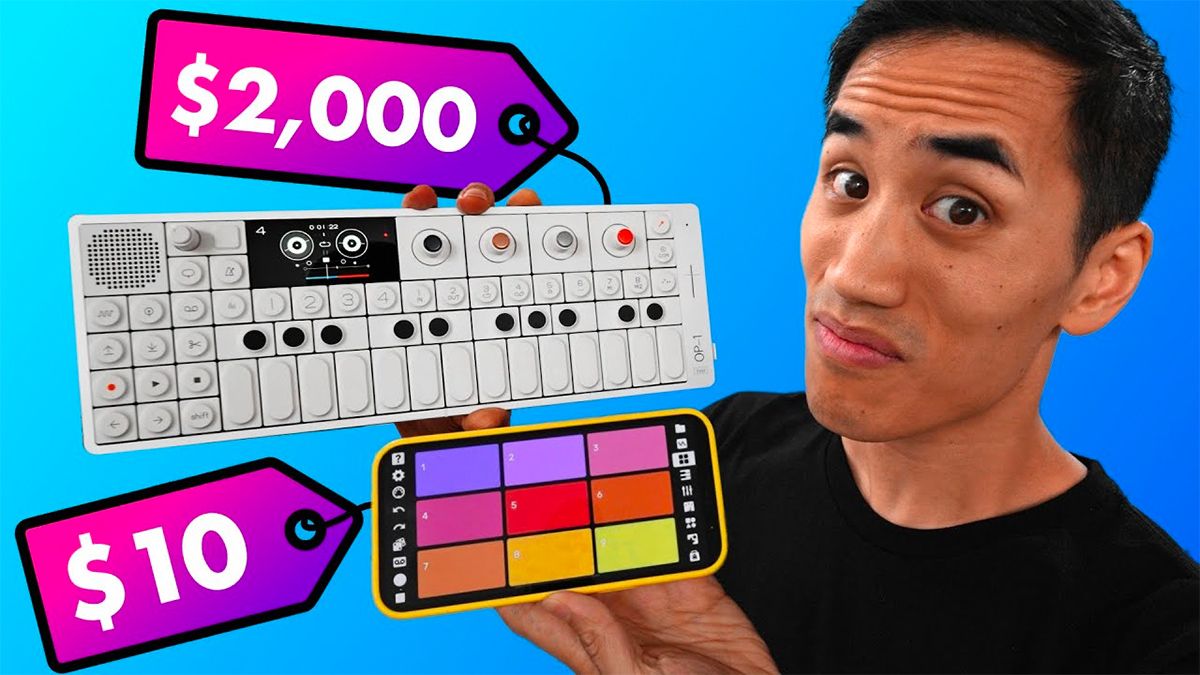 Pitching a $10 app against a $2,000 synth might seem ludicrous, but that’s precisely what Andrew Huang has done in his latest video. The synth in question is – almost inevitably – Teenage Engineering’s OP-1 Field, while the app is Huang’s own Flip, a sample-based music-making tool that’s available on iOS and now Android as well.

Sounds crazy? Not according to Huang, who says that “both of these are aimed at handheld portable music-making fun, so even though they’re quite different, that’s where I’m coming from with this comparison.”

What’s more, right out of the gate, Flip scores some wins. It has nine tracks rather than the OP-1’s four, and while Teenage Engineering’s synth has more effects, you can only use one per track (Flip enables you to use four) and this has to be printed to audio and can’t then be changed.

While Huang does concede that the OP-1’s effects are more fun than Flip’s, he also believes that his app’s EQ is “way better than the OP-1 EQ”.

On to the sequencing, with Huang immediately pointing out that, on the OP-1 Field, you can only record one track at a time. Flip enables you to record on multiple tracks simultaneously and have different loop lengths per track, and its automation lanes can be different lengths to the track lanes.

Flip also trumps the OP-1 in the number of projects it can store (unlimited as opposed to eight), and Huang reminds us that, while you can apply different tape sounds to the master bus on TE’s hardware, you have to commit to one at the start of a project.

Before you start to think it’s a slam dunk for the mobile app, though, we should say that Huang concludes by saying that, for him, the OP-1 Field is worth the $2k that it cost him, as it packs an awful lot into a tiny portable and inspiring package. He praises its multiple synth engines (Flip is purely sample-based, incidentally) and sees the ability to sample from the built-in FM radio as another bonus.

In reality, of course, no one’s going to choose directly between the OP-1 Field and Flip (though they might have both) but the comparison does reveal that, when it comes to raw functionality, paying more doesn’t always get you more.

What’s more, while both the OP-1 and mobile apps like Flip are sometimes dismissed as ‘toys’, the video demonstrates does a fine job of disproving that.