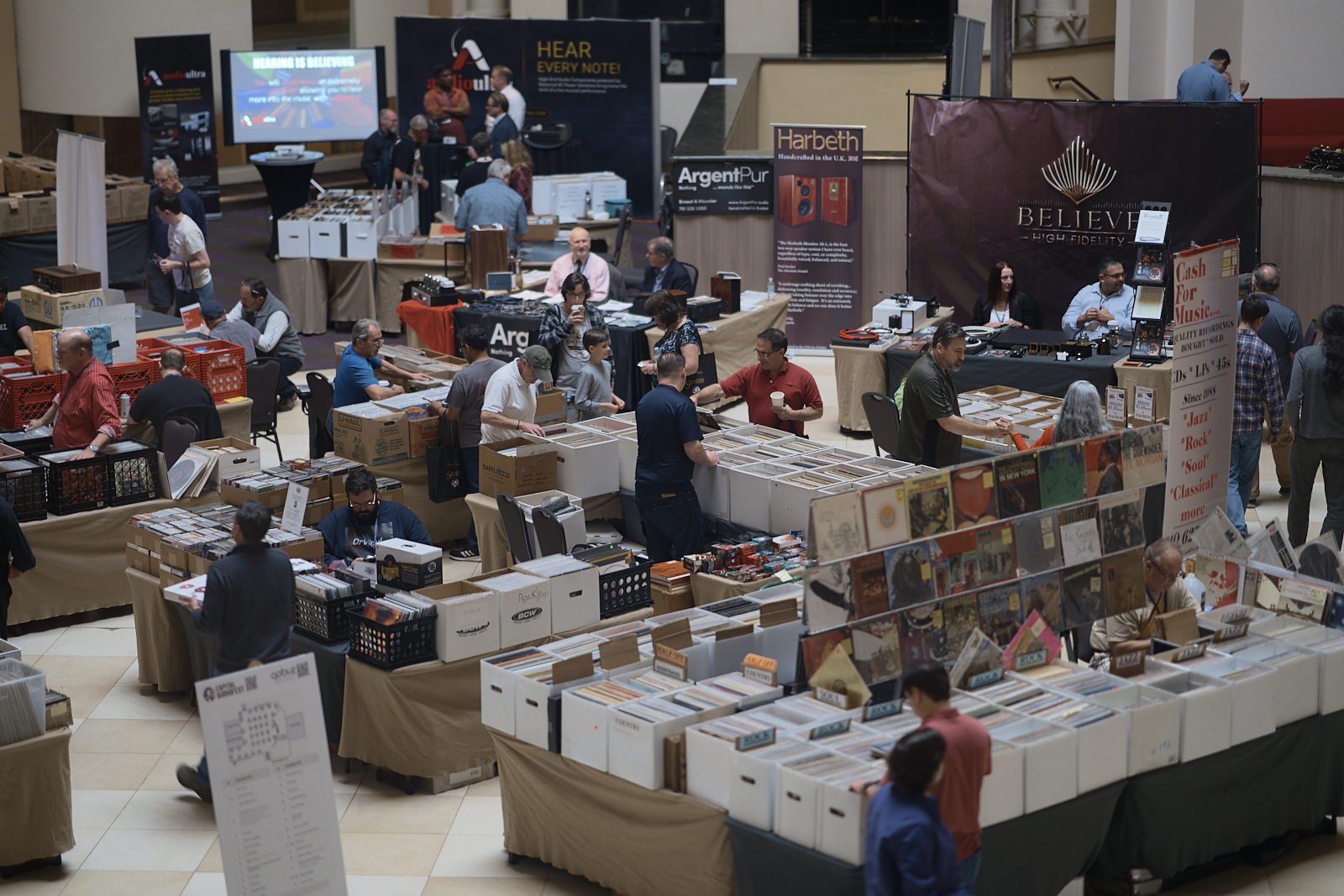 Like my recent attendance at the Toronto audio show, I didn’t go to the 2022 Capitol Audiofest on an official show report mission for Part-Time Audiophile. I went to have some fun and laughs with my other PTA crew, Grover Neville, Jameson Mourafetis, and Eric Franklin Shook. For Dave McNair’s Best of Show I’ll talk about some rooms I liked, but first, I have a big fat bone to pick. Or more like an irritating pimple that I need to squeeze?

There was a lot of quiet talk about the attitudes and policies of other, bigger audio publications and some of the writers that cover audio shows and who review equipment. This talk technically might be classified as hearsay but I think it merits a discussion, nonetheless.

Self-interest is a fact of life, in addition to the maxim that life is not fair. The universe doesn’t give a rat’s ass about you or your hi-fi company, but that doesn’t mean hi-fi industry trade publications should have free reign to declare winners and losers based on little more than ego and a perverted need to control the gates of information.

If I choose not to write about a room or review a product, it’s because of what my Mom always said, “If you can’t say something nice, don’t say anything at all.” This is very different from “That room or product is really great, but we won’t say anything or if we do, not much that’s overtly positive because that threatens the order of things in our world,” or even worse, “they don’t advertise.” Besides simply being nasty, it robs readers of the information who are genuinely looking for that info to guide a purchase. And I’m tired of many brands and products that I feel are excellent getting short shrift or worse from the audio press establishment AND some little guys who have no ears and questionable taste.

A lot of this goes on at every audio show and in the review process.

I am not saying there is absolutely no self-interest going on at PTA, but what little there is has nothing to do with advertising or a need to be the big man on campus. Dave McNair’s Best of Show is in no particular order, because quality is not as subjective as most people make it out to be, but an absolute ranking is kind of stupid.

Treehouse Audio had a wonderful and unique-sounding room. I felt it was substantially better sounding than their showing at the last CAF. It must have something to do with a change in driver in this unique 3-way, open baffle, high-efficiency loudspeaker.

The new driver is of the active magnet, field coil variety. In the Treehouse speaker, this midrange driver is the heart of the system, covering a very wide band of 70hz to 14K and beyond. The bass speaker has its own dedicated amp and dsp for seamless integration, and a super tweeter coming in around 14K and barely on, which completes the picture. Hornlike dynamics but no horn coloration and a high degree of coherence. Treehouse tube electronics were used to drive this musically engaging system. Acora Acoustics used the show to debut their current three-speaker lineup – but in a quartz material as opposed to the usual black granite. I found the off-white quartz of the QRC-1 to look very snazzy. Grey quartz was used in the QRC-2. The grey was also good-looking, even if it’s hard to get across in pictures. The smallest speaker, the SRB was in their traditional black granite cabinet.

I felt like something was off in the gear used to power the QRC-2 system, including the analog rig. It wasn’t bad, just not the sound I’m used to hearing at previous shows – or in my mastering studio, where I use SRC-2s daily as monitors. The QRC-1 system, however, was smokin’ good. Some of the best I’ve heard the SRC-1s sound at any show. That familiar ultra-precise imaging and truth-telling but listenable Acora sound, and on Hegel solid state electronics. Definitely Dave McNair’s Best of Show material. One of the last rooms I heard on Sunday was set up by Maryland dealer 20/20 Evolution Systems. I felt like the Kharma DB9S speakers, along with conrad-johnson electronics, put me in the Pleasure Dome like few other show setups I’ve heard. I heard a different but similar Kharma in this room at the last CAF, but this year it was more special. Maybe it was a magic combo of gear, regardless, the sound was great in this room. Large, punchy, and detailed but with less of a neutral-based approach and more of a fun, carefully chosen editorial vibe. High quality but not hi-fi sounding.

The four PTA amigos did a takeover in this room and had an iPad streaming party. I took the time to play several tracks I had mixed or mastered, which means I liked the sound. Lots of fun was had. Doug White’s TIDAL Audio room is almost a high bar tradition at CAF. This year was no exception. New Tidal Piano G3 loudspeakers driven by those gorgeous looking Vinnie Rossi Brama separates. I’d be lyin if I said the room was anything less than excellent but this year seemed just a hair different. Not worse or better, but different. This is the first time I’ve heard Tidal speakers with something other than Tidal electronics. The sound still had that magic Tidal quality of clear water, but this time the water was more Perrier than distilled. I was getting over some food poisoning from dinner the night before, so that may have had something to do with my impressions. I also didn’t spend loads of time in that room, but it was definitely on my very short list of great-sounding rooms at CAF 2022. The upstairs smaller room put together by Von Schweikert Audio was a treat. The Endeavor Reference Edition speaker was equal parts fun and top-shelf hifi. Using a simple but effective system with VAC electronics (one 450IQ amp and a Master Pre) and the LampizatOr Horizon DAC, I heard enough detail, linear frequency response, and spatial information to be true HiFi yet with a punchy almost rock n roll vibe. The finish I saw was their new lower-cost cabinet panels. Was it a veneer or simply the cabinet wood with a finish? I should have asked but was too mesmerized by the Floyd that was playing. I thought it looked great, so why not save some bucks to put in elsewhere to the system while still getting a solid speaker? Wish You Were Here sounded sufficiently rockin’ and psychedelic. Of course, there were plenty of other rooms that sounded good, but the ones above made the biggest impression on me. There were also plenty of rooms that sounded mediocre to unlistenable, and sometimes that’s due to circumstances beyond the exhibitor’s control; I get it. But what bothered me the most was the selection of music that most of the rooms played.

As I said in my Toronto article, I can take a few worn-out show chestnuts, mainly cause I have some sense of what they sound like to judge a system. But c’mon, fellas, if the wi-fi is spotty and unusable, bring a lot of records or a huge hard drive with a varied selection so I can hear something I know. Why is it so hard to play decent music at a hi-fi show? So many rooms gave me no way to judge. The few with streaming or a large hard drive selection were occasionally big eye-openers. By that, I mean when I listened to a system that initially had a wow factor with the curated selections, almost every time I played real-world yet high-quality sounding tunes, the magic disappeared. Maybe that’s why the song selection is limited…

I don’t want to paint that negative a picture cause I had great time hearing systems and visiting with friends. I can’t remember laughing so much in one weekend. I’m sure I’ll go again next year.