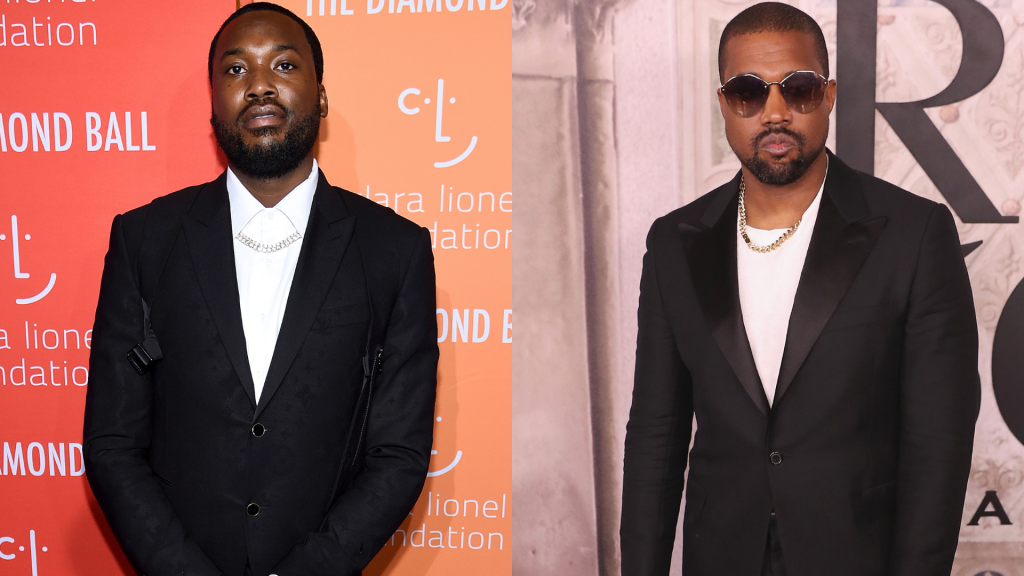 Meek Mill has choice words for Kanye West in his video for “God Did.” Mill released his freestyle on Monday (Nov. 20), showing the rapper spitting from a helicopter, a mansion, and in the hood while the Philly native sports a Philadelphia Phillies t-shirt and a neck full of ice.

Throughout the track, the “Dreams and Nightmares” emcee rhymes about his highs and lows, his humble beginnings, prison reform, and a couple of shots directed at the 2024 presidential candidate.

Responding to Ye’s numerous swipes, Meek brought the energy to wax and declared that the controversial Chicago native had sold his soul.

“Make a hundred million dollars and still go get my friends after,” Meek spit during his ferocious verse. “And that don’t go for everybody, just the only ones that bend backwards for me/I will never sell my soul for money, like I’m Kanye/It’s crazy I used to bring you on my cell house on lock day/Famous bi**hes got my idols lookin’ at me sideways/I don’t need no verses from you ni**as, I did it my way.”

His “God Did” diss is the second response from the Philly rapper legally known as Robert Rihmeek Williams.

On Oct. 7, 2022, Williams, 35, took to his Instagram story to unleash on Ye, who told Boosie not to “speak to me.” West then added he was the “nerd” who was bullied by the “Black celebrity community,” returning to “shoot the school up.”

“I used to listen to ye every night and jail for motivation on god,” Meek wrote on his IG. “And came home and watched him sh*t on my name and brand like nothing. I ain’t say nothing, but I been knew you was on that nerd tryna sh*t on street N*ggas you just said it to Boosie.”

Ye responded in his now infamous episode of Drink Champs where he called Meek the “feds.”

“All you fake hard n*ggas, f**k you. You can’t shoot nobody anyway, and the only reason you talk is because you did a deal you f**king fed.” Ye said after name-dropping the Philadelphia businessman.

“God Did” appears on Meek Mill’s recently released Flamers 5. The 15-track project wasn’t released on streaming services due to the emcee using other artists’ beats, but it can be downloaded on Audiomack and Datpiff.

Watch the “God Did” freestyle above.