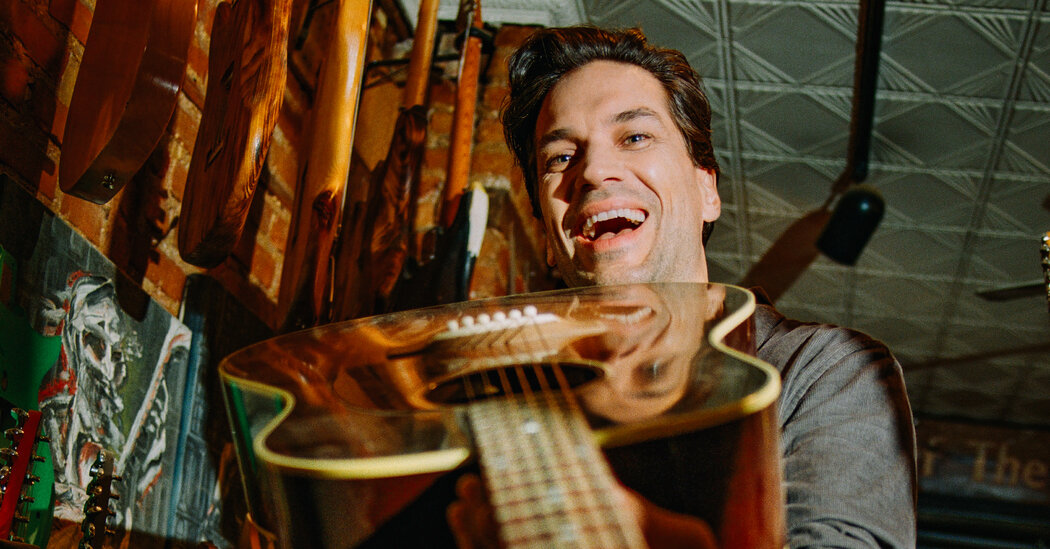 It’s quite a thing to behold. At the first preview of “A Beautiful Noise,” in early November, a sea of mostly older audience members needed merely the slightest cue not just to sing along (which, in the case of a few judiciously chosen songs, the show encourages) but also to perform the same movements in unison — air punches, raised arms. To an uncanny degree, they knew precisely what was expected of them, because Diamond had expected it.

Steven Hoggett, 50, the show’s choreographer, finds this tapping of physical memory “professionally fascinating,” particularly when he watches the crowd from above. The son of Diamond fans, Hoggett grew up in Britain knowing the albums his parents played, like “The Jazz Singer” (1980), and singles that charted there, like “Beautiful Noise.” But he looks in wonder at the Diamond faithful, whose bodies have retained their kinetic history.

“These people,” he said, “they’re responding to gigs they went to when I was 4.”

Giving Diamond fans possibly the closest thing they can get now to the live concert experience of an artist they love, Swenson is the beneficiary of all that nostalgic affection, which he knows isn’t really for him.

“I feel like I’m lying to them sometimes, because I’m like” — and here Swenson dropped his voice to a whisper — “‘I’m not Neil.’”

BEFORE SWENSON MADE it big on the New York stage, he was a star of Mormon cinema.

Born in Logan, Utah, the second of four siblings, Swenson spent his early childhood in Glendale, Calif., doing shows at his grandparents’ theater. His grandmother, the biological daughter of a Ziegfeld Follies girl who gave her up for adoption, was a playwright — “three-act, family-friendly comedies, mostly,” Swenson said.

He was 12 when his parents moved the family to Salt Lake City to start their own theater, and about 16 when he met the girl who would become his first wife.

Between high school and starting college at Brigham Young University, he went on a two-year mission to Ecuador. During that trip, which he remembers as “a beautiful time” in his life, he kept waiting in vain for confirmation from God that everything he had been taught about Mormonism was true.