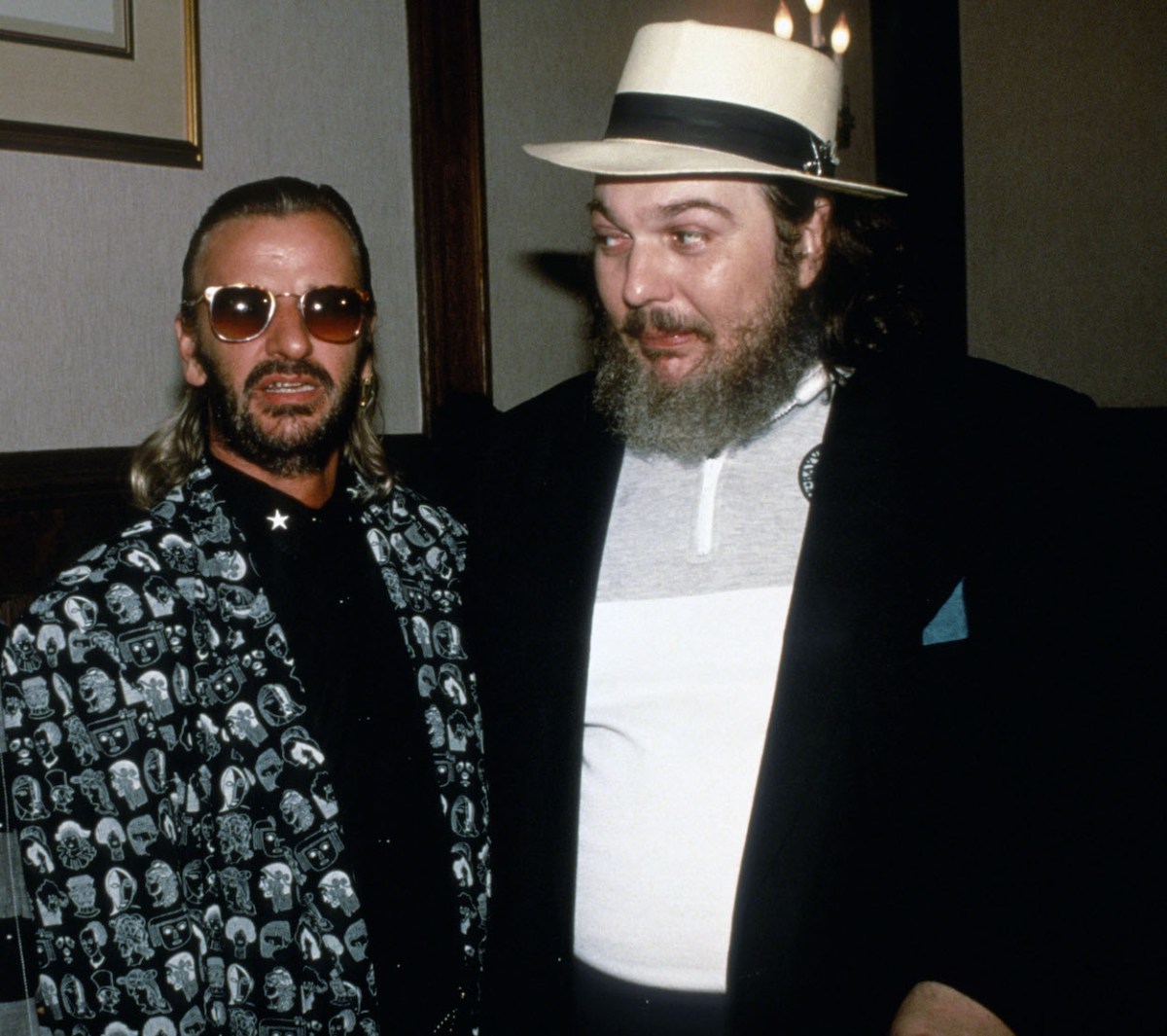 Ringo Starr’s first tour as a solo artist was a big deal. Aside from a few one-off performances, he hadn’t played live since his time in The Beatles. Meaning that when the All-Starr Band debuted in 1989, it had been more than 20 years since the drummer toured. Ringo faced his fears on that tour as it was the first test of his newfound sobriety, but he inspired a fellow Rock & Roll Hall of Famer to embrace sobriety, too.

Ringo Starr struggled with addiction after The Beatles broke up

The Beatles’ breakup wasn’t easy for Ringo. He lost the three people he routinely called his brothers as the Fab Four fractured in a storm of ego clashes and in-fighting. The drummer reached unprecedented heights with the band, and it was all gone by 1970.

Ringo said he was angry for 20 years after the split. Solo records followed soon after (he released four albums by 1974), but the drummer also started drinking heavily. Ringo lived and partied like a rock star. His experiences with alcohol were clear to Paul and Linda McCartney, but they were afraid to talk to Ringo about them.

Ringo, who often awoke hungover wondering why the birds were coughing, has been sober since 1988. He launched his first All-Starr Band tour in 1989, which inspired a fellow Rock & Roll Hall of Famer to get sober, too.

Ringo inspired Dr. John to get sober on the first All-Starr Band tour

Ringo tested his sobriety on the first All-Starr Band tour in 1989 since alcohol had been such a big part of his music routine in the past.

The drummer passed his sobriety test even though many of his fellow musicians weren’t sober. David Fishof, who launched the All-Starr Band, said five of the nine musicians in the band went to rehab when the tour ended, per With a Little Help author Michael Seth Starr (no relation to Ringo).

“I got inspired to actually get myself clean off of drugs. Touring with Ringo, all little weird things happened when I made a decision toward [getting sober]. And that was a big thing for me. Ringo really did inspire me to get clean. So December 17 of that year, that’s the day I got clean. That’s the day I celebrate my birthday now.”

Dr. John describing how Ringo Starr inspired him to get sober

That first All-Starr Band tour might have been awash in drinking and drugs, but Ringo remained sober and inspired Dr. John to follow the same path once the tour ended.

The drummer teamed up with Dr. John in the All-Starr Band one more time

He didn’t join the group as a full-time player again, but a still-sober Dr. John made a guest appearance at a show on the 2008 tour. Dr. John saw Ringo join the RNR HOF as a solo artist in 2015 (he entered with The Beatles in 1988), a few years after his 2011 induction.

Dr. John died in 2019, but Ringo Starr inspired him to get sober and live the last 20 years of his life addiction-free.

How to get help: In the U.S., contact the Substance Abuse and Mental Health Services Administration helpline at 1-800-662-4357.