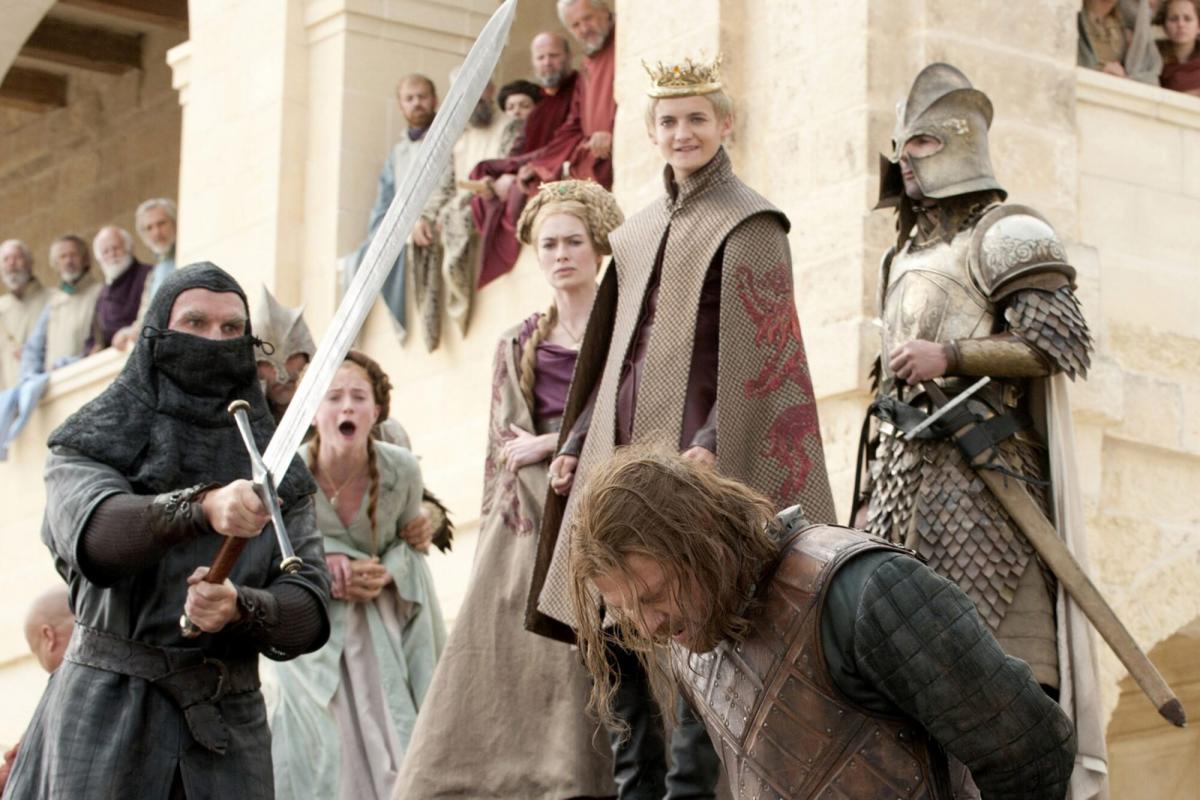 Wilko Johnson, the acclaimed British guitarist of the blues-rock band Dr. Feelgood who was instrumental in the British punk-wave movement, died Monday years after doctors told him he had terminal cancer. He was 75.

“This is the announcement we never wanted to make, & we do so with a very heavy heart: Wilko Johnson has died,” the statement reads. “He passed away at home on Monday 21st November. Thank you for respecting the family’s privacy at this very sad time. RIP Wilko Johnson.”

In addition to his music career, which spans decades, Johnson had a small role on HBO’s Game of Thrones. He guest-starred as Ser Ilyn Payne, a mute executioner, across four episodes — three in season 1 and one in season 2. His turn in Game of Thrones marks his only professional acting credit.

The hit series had a tradition of featuring musicians in cameos or bit part across its several seasons. Notables included Ed Sheeran, Coldplay’s Will Champion, and members of the groups Foals and Sigur Rós.

Born John Wilkinson in 1947, Johnson was raised in Canvey Island in England. After studying Anglo-Saxon literature at Newcastle University, he worked as a schoolteacher before forming Dr. Feelgood with his friends.

“We didn’t look like the other bands around here — they were all wearing frocks and talking about going to Mars,” Johnson told the Associated Press in 2013. “We looked like kind of shoddy bank robbers.”

With their flamboyant looks and onetime-unfashionable style of blues music, those “shoddy bank robbers” would soon fuel the punk movement in the U.K., scoring a No. 1 album there with Stupidity, landing a music deal with CBS records, and then touring in the U.S.

Johnson left Dr. Feelgood in 1977 with lead singer Lee Brilleaux amid tensions in the band. He went on to perform with Ian Dury in the Blockheads, but consistently played for his fanbase.

Johnson was diagnosed with pancreatic cancer in 2012. He was told at the time that it was terminal. However, Johnson declined chemotherapy and embarked on one last tour. He also recorded what he dubbed his final album, Going Back Home, with the Who’s Roger Daltrey.

“I suddenly found myself in a position where nothing matters anymore,” he told the AP. “I’m a miserable so-and-so normally… I’d be worrying about the taxman or all the things that we worry about that get in the way of the real things. And suddenly it doesn’t matter. All of that doesn’t matter.”

A fan who was a cancer specialist offered to help Johnson and, in 2014, the musician had surgery to remove a massive tumor. He announced he was cancer-free and released another album in 2018, Blow Your Mind. He continued to play gigs with his Wilko Johnson Band. The group headlined Planet Rocktober at Shepherds Bush Empire in the U.K. last month.