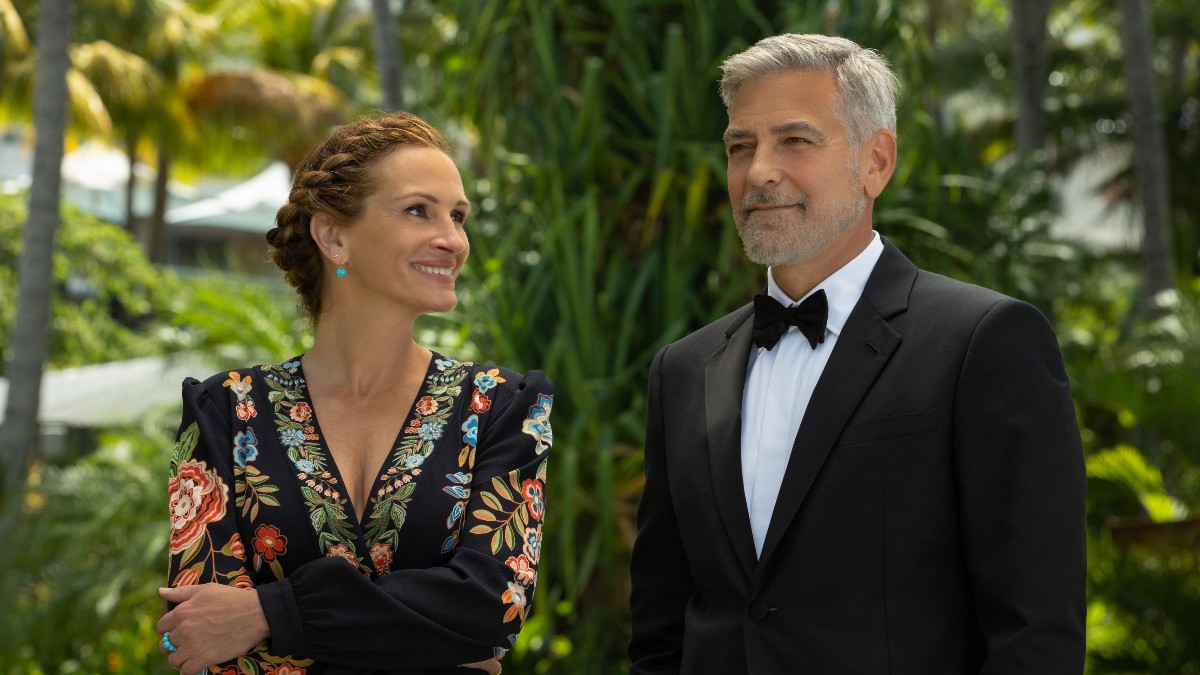 The Pitch: David (George Clooney) and Georgia (Julia Roberts) are two hugely successful, extremely divorced people, with 19 years of bitter animus between them. In fact, the only times they even see each other are for the major milestones in the life of their daughter, Lily (Kaitlin Dever), and even then they can’t help but snipe at each other through forced smiles.

But they’re forced back into each other’s orbits when Lily shacks up with a handsome seaweed farmer (model Maxime Bouttier) on her post-graduation trip to Bali, and invites them to her whirlwind wedding on the Indonesian island paradise. Recognizing that throwing her career away for idle island living and a guy she’s just met is a Bad Idea, the two plot to sabotage the wedding from the inside. Along the way, though, they may just interrogate whether their own doomed marriage was such a mistake after all.

Wrong Place, Wrong Time, Wrong Circumstance: There’s a clear gambit at play in Universal’s mind with Ticket to Paradise: Is there still an audience for the kind of giddy, screwball romantic comedies that were so ubiquitous in the ’90s, like Pretty Woman and Notting Hill? Lately, the rom-com is relegated to streaming services, where twentysomething actors who haven’t been honed in the same kind of Hollywood atmosphere as their forebears struggle against thin material and redundant gimmicks.

The material here is still thin (thanks to the script, by Daniel Pipski and director Ol Parker), and the gimmicks are still redundant. But at least we’ve got two good old-fashioned movie stars in Clooney and Roberts! Much like Marry Me earlier this year, the pitch is clearly to remind us of a time when these films were populated with Movie Stars who have Real Chemistry, even if the film around them doesn’t quite match their material.

For their part, Clooney and Roberts carry what little momentum Parker’s squeaky-clean Balinese farce has in its arsenal. They can do this kind of will-they-won’t-they, Tracy and Hepburn routine in their sleep, and they very frequently do here. It’s comforting to have them back on screen together for the first time since 2016’s Money Monster, swaggering through each scene with quiet ease. They look cozy together, even in their sniping, and you feel in good hands whenever they’re on screen.

Problem is, David and Georgia are as thinly drawn as the rest of the cast, especially when it comes to the source of their animus. Sure, they take verbal potshots at one another for most of the first half, but it’s hard to get a handle on what exactly tore them apart in the first place. Both of them touch on it in the occasional monologue or sparring match, but the stakes seem super low — the usual career-before-family, growing-apart stuff.

In this article:Clooney, Coast, ROBERTS, RomCom