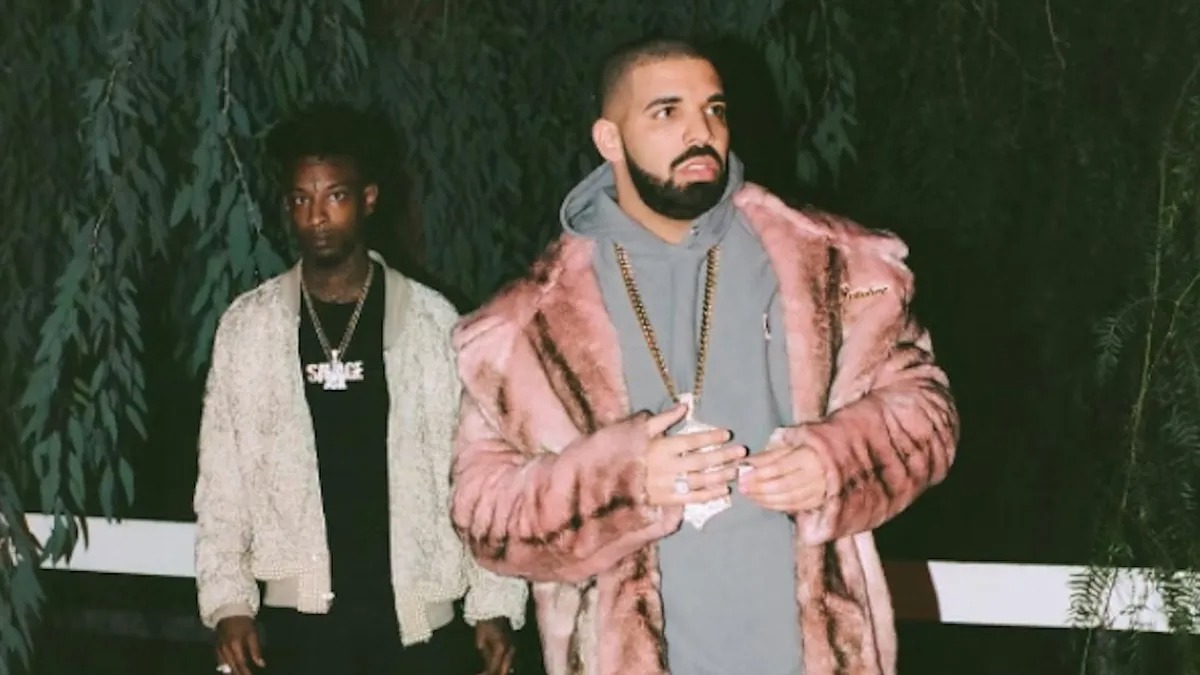 If there’s one takeaway from Her Loss, Drake and 21 Savage‘s album that finally arrived on Friday, November 4th, it’s that everything that glitters isn’t gold. Inspired by the Honestly, Nevermind standout “Jimmy Cooks,” Her Loss is a collection of well-produced joints touching on their favorite topics. Jealous rappers? Check. Women? Check. A lifestyle for their biggest fans to live vicariously? That goes without saying.

But towards the end of the 16 tracks, both artists peel back their respective curtains and reveal truths beyond trips to Paris and enough gunplay to make John Wick blush. Please don’t get it confused, though. Her Loss is fun and always meets its target audience’s needs. Still, at times it aspires to something beyond its calm exterior. Her Loss succeeds because it seamlessly blends the typical and atypical while containing outstanding performances by both rappers, who sound like they’re competing with one another on every song.

The most apparent attribute out the gate is 21 and Drake’s chemistry. Collab albums live or die on how well the artists mesh, either in sound or philosophy. In this era where artists make music for the algorithm, Her Loss could easily get lost in the sauce as just another ploy for Spotify spins. This doesn’t feel false, though, as their friendship is palpable.

Seriously, pick a song. Drake’s R&B sensibilities find their matching puzzle piece in 21’s roughneck rhymes. Sometimes, like on “Rich Flex,” they mirror each other’s cadences and rhyme patterns while attacking the same subject matter from slightly different angles. They occasionally finish the other’s rhymes like two friends finishing each other’s sentences, but it’s the technique for me.

Whether they recorded the album together or created it through the power of the internet, Her Loss‘s thoughtful construction makes it feel like they recorded it together. Drake usually handles the hooks and bridges through crooning or rapping, while 21 focuses on his ever-improving pen game for the verses. The one exception is when Travis Scott shows up on “Pusy & Millions,” adding the rare third verse to an album focused on never wearing out its welcome.

“Treacherous Twins” might be the album’s thesis statement. The affection Drake and 21 feel for each other bleeds through the speakers. “Treacherous Twins” turns subtext into text, with both men celebrating a deeply rooted friendship. Acknowledging one another as “best friends” is extremely rare for even the most vaunted rap duos. Is it weird that hearing it feels like a breath of fresh air? Rappers typically express sentiment for each other in muted ways. Or in a fashion that keeps their rumble tumble exteriors in tack. “You my n***a” or “I love these n****s” is the usual refrain.

In this article:Deliver, Drake, Savage