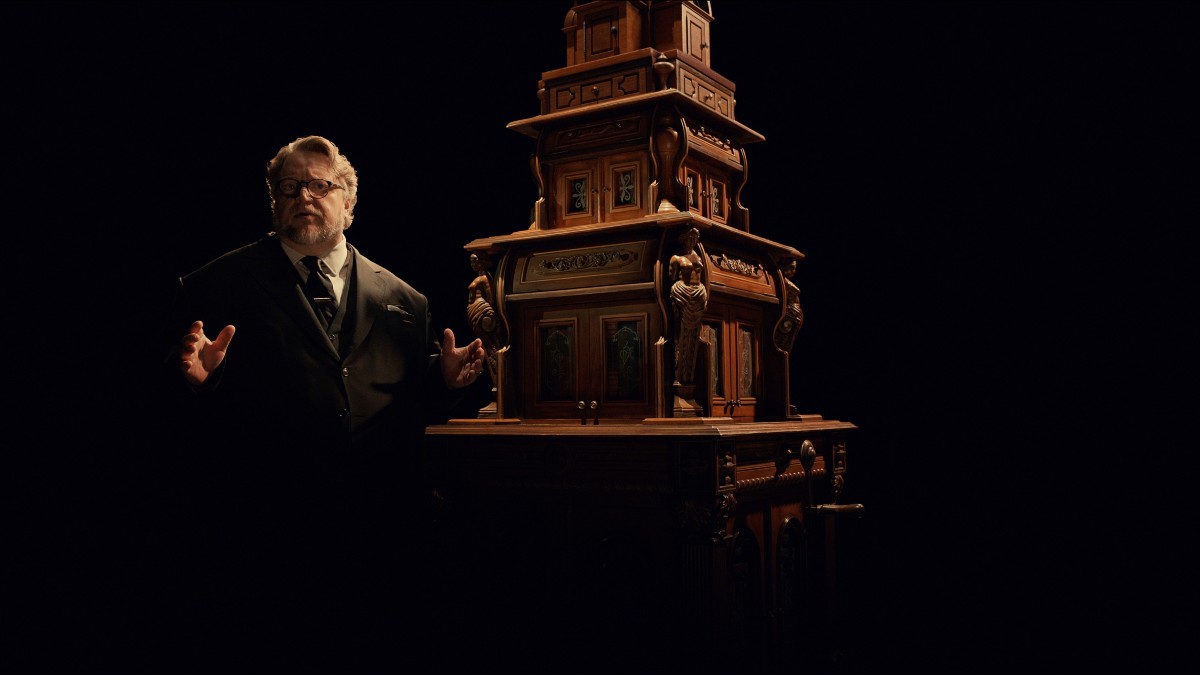 The Pitch: A racist scavenger (Tim Blake Nelson) uncovers the ultimate score in the storage locker of a dead Nazi. A desperate grave robber (David Hewlett) gets more than he bargained for on his latest excursion. A medical examiner (F. Murray Abraham) autopsies a dead body from a mine explosion and finds a passenger hiding within the flesh. An awkward, frumpy bank teller (Kate Micucci) is tempted with the secrets of beauty by a mysterious skin cream.

An art student in 1909 (Ben Barnes) grows obsessed with the horrific paintings of a strange new colleague (Crispin Glover). A desperate man (Rupert Grint) searches for his dead twin sister through the veil of spiritualism. A reclusive billionaire (Peter Weller) gathers a group of illustrious talents to view his latest otherworldly find. And a pair of married ornithologists (Essie Davis and Andrew Lincoln) stare down the white-hot pain of past tragedies, carried along the wind by birdsong.

These are the treasures hidden within Guillermo del Toro’s “cabinet of curiosities,” so named for the pre-Enlightenment collections of oddities curated by luminaries and madmen in the days before we understood the order of nature. Eight stories, helmed by filmmakers handpicked by del Toro and given the complete creative control (and boatloads of money) Netflix has to offer.

I Collect the Unknown: The TV horror anthology is hardly a new idea; from The Twilight Zone to The Outer Limits to Tales From the Crypt, we’re all profoundly familiar with the stomach-churning delights of short-form scares beamed into our cerebellums, often by significant luminaries of the genre on break from their bigger projects.

Cabinet of Curiosities follows in that throbbing, pulsating vein but benefits from the aforementioned feature-quality largesse of a prominent streamer and the magnanimous generosity of the big name above the title. Del Toro, who’s long since carved a place atop the mountain of our most venerated filmmakers (in horror or any other mode), clearly adores the creatives he’s tapped to helm all eight of these hour-long stories.

Apart from their production design — all were designed with handcrafted care by del Toro stalwart Tamara Deverell (Nightmare Alley) — each has its own cinematographer, editor, composer, and so on, many of whom are the filmmaker’s regular collaborators. Really, del Toro just loves these people’s work and wanted to give them a platform to play with mountains of Netflix money unencumbered. (All he has to do is saunter in from the darkness to introduce each segment, pulling a new ivory likeness of each director out of the clockwork mansion model he stands next to.)