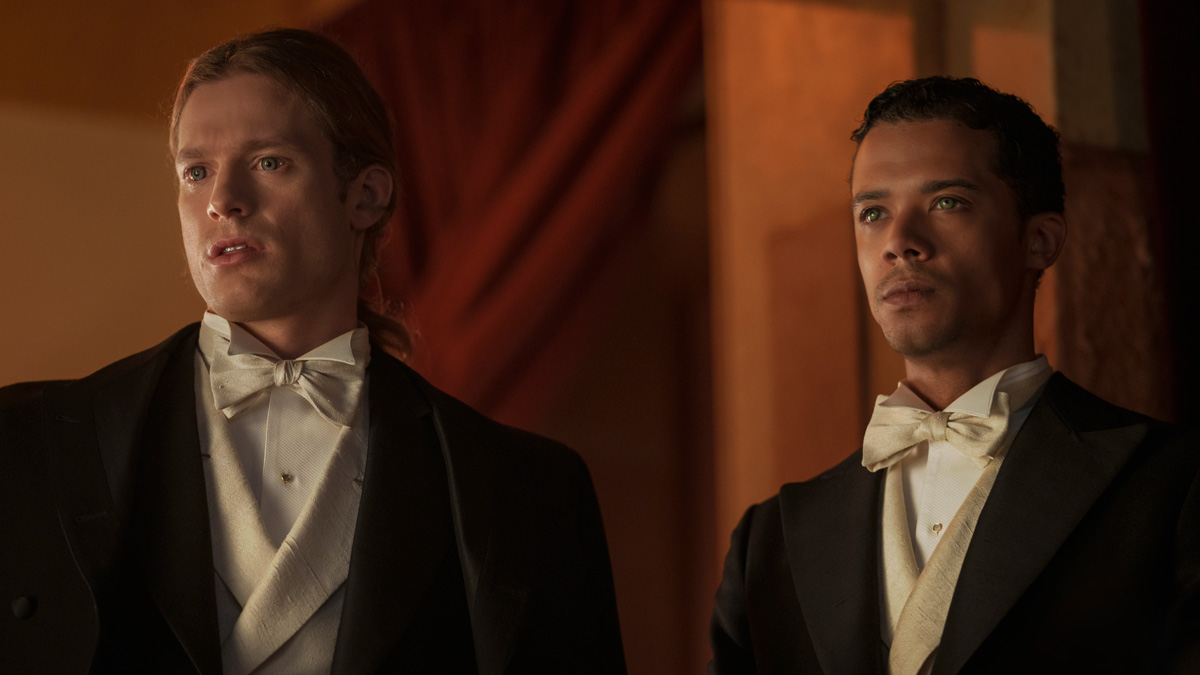 The Pitch: Vampires are back! Really, our bloodsucking undead brethren never truly go out of style, but it’s been a few years since the sparkly Twilight boom and it’s time for the original kings of the genre to make their way to the forefront. Hence AMC throwing a lot of money behind a lavish adaptation of Anne Rice’s multi-million best-selling gothic saga, The Vampire Chronicles — starting with her most famous work, Interview With the Vampire.

The late Rice essentially reinvented the modern vampire, turning them into baroque creatures of sensuality and emotion, and with it, she inspired intense devotion from her fans. It’s no mean feat for any creator to take on this saga for the big or small screen, given that it encompasses hundreds of characters, thousands of years, a total rewrite of the origins of God and man, body-swapping, haunted mansions, and even aliens. For now, showrunner Rolin Jones (HBO’s Perry Mason) has decided to focus on the book that started it all: Interview with the Vampire.

This Show Is In Fact About a Vampire Getting Interviewed: The interviewee is Louis de Point du Lac (Jacob Anderson), a troubled immortal who wishes to tell his story as a cautionary tale for those enticed by the promise of eternal life. The lion’s share of his story focuses on his maker/frenemy/great love, Lestat de Lioncourt (Sam Reid), the brat prince of vampires, and a French aristocrat who loves causing trouble and screwing around with Louis’ life.

If you’ve read the book countless times like some of us, all of this will seem very familiar to you, but the series has made some major changes from the source material. Purists may feel nervous about this but never fear, for the results are truly worthwhile.

The first person we meet is Daniel Molloy, the journalist who once interviewed Louis in the past. Here, he’s much older and more profane than he is in the book (played by Eric Bogosian with grizzled glee), and it turns out that he got a bunch of stuff wrong. Years later, Louis, still young and beautiful (and dressed in a hoodie), wants another meeting — a chance to catch up and set the record straight.

And There’s a Lot to Learn About Louis: Louis’s story begins in 1910, when he owned a successful bordello — in the book, he was a white plantation owner, and the change to Louis’ race isn’t ignored, as the series contextualizes his pre-vampire life and family in a way that, frankly, the book never did with him being a literal owner of enslaved people. He’s a businessman of the underworld who the white customers are openly racist towards him, while his pious brother keeps trying to save his soul.

It’s genuinely exciting, as a long-time Vampire Chronicles fan, to see a sparky Louis, one with a morally grey center who has so much to lose, long before Lestat introduces himself.  He wants to be a respectable man, but his race and closeted sexuality leave him on the outskirts of a society that barely tolerates his existence, even with his riches. This is a Louis with swagger, and to see him sapped of it as he loses his mortality lands with a real punch.

Interview With the Vampire (AMC)