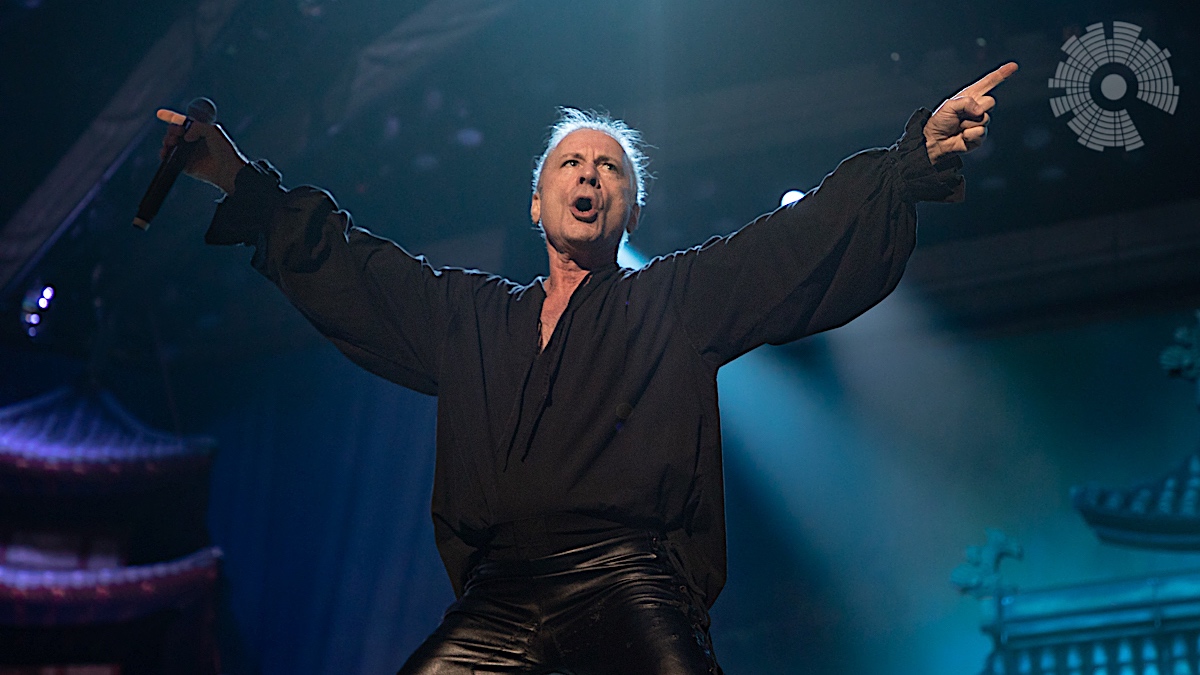 Iron Maiden are set to wrap up their extensive “Legacy of the Beast World Tour,” with the latest North American leg having kicked off last month in El Paso, Texas. The ongoing run made a stop in Newark, New Jersey, at a packed Prudential Center on Friday (October 21st), featuring support from Within Temptation. The worldwide outing, which began in 2018, comes to an end at Amalie Arena in Tampa, Florida, on October 27th, with tickets available here for the last couple shows.

Iron Maiden are on the road in support of their 17th studio album, Senjutsu, and the UK heavy metal legends made sure to bring a few new tunes to Jersey, kicking off their 15-song set with the album’s title track, while also showcasing “Stratego” and “The Writing on the Wall.” Fans pumped their fists in the air as the band’s “Samurai Eddie” mascot hacked and slashed its way across the stage with its sword during the start of the band’s stellar set. The band — consisting of Bruce Dickinson (lead vocals), Dave Murray (guitars), Adrian Smith (guitars), Janick Gers (guitars), Steve Harris (bass), and Nicko McBrain (drums) — performed in front of a Japanese-themed backdrop, to go along with the vibe of the new album.

For the bulk of their main performance, Iron Maiden would go on to play a career-spanning set filled with classic songs like “Revelations,” “Flight of Icarus,” “Fear of the Dark,” “Hallowed Be Thy Name,” “The Number of the Beast,” and “Iron Maiden.” The British metal masters brought multiple vibrant backdrops, a two-tiered stage, pyro, fireworks, flamethrowers, stage props, massive inflatable demons and more to the house of the NHL’s New Jersey Devils.

If that wasn’t enough, the first encore boasted iconic tunes “The Trooper” (featuring Dickinson running around with the Union Jack flag), “The Clansman,” and “Run to the Hills.” And the show wrapped up with the second encore of “Aces High,” during which a full-size inflatable spitfire plane soared above the stage.

Within Temptation opened the evening with an eight-song set, including a few tracks off their latest album Resist, namely “The Reckoning,” “Supernova,” and “Raise Your Banner.” The Dutch symphonic metal band ended their set with their signature song “Mother Earth.”

In 2023, Iron Maiden will highlight their 1986 album Somewhere in Time, as well as songs from Senjutsu that they have yet to perform live, on their “Future Past” tour, with shows booked in the UK and Europe.

See Heavy Consequence’s photos, as well as fan-filmed video and Iron Maiden’s setlist from the show in Newark, New Jersey, below.

Photo Gallery – Iron Maiden and Within Temptation in Newark, New Jersey (click to expand and scroll through):

All photos by Johnny Perilla (@johnnyperilla).

Iron Maiden Setlist:
Senjutsu
Stratego
The Writing on the Wall
Revelations
Blood Brothers
Sign of the Cross
Flight of Icarus
Fear of the Dark
Hallowed Be Thy Name
The Number of the Beast
Iron Maiden
Encore:
The Trooper
The Clansman
Run to the Hills
Encore 2:
Aces High