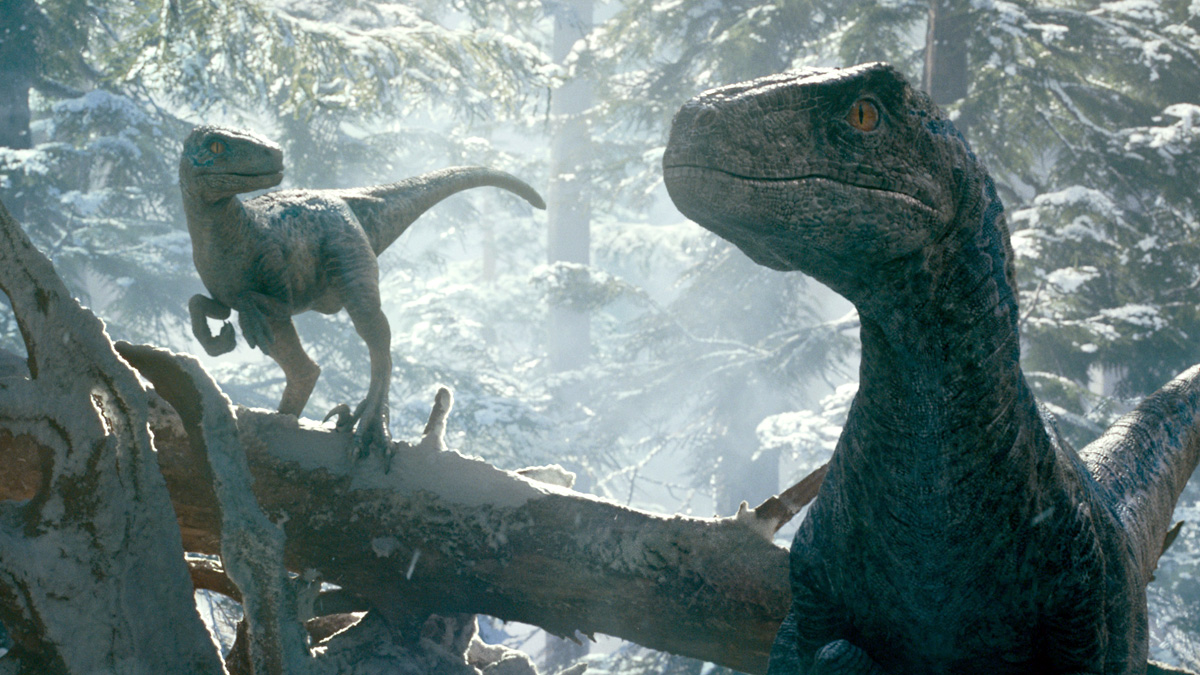 The Pitch: In a twist no one could have possibly seen coming, it turns out that releasing a wide variety of extinct species into a global ecosystem might have some negative repercussions on said global ecosystem. That’s where Jurassic World Dominion begins, four years following the events of Jurassic World: Fallen Kingdom, which is almost enough time for most of the world to get used to the spread of dinosaurs across the planet.

But funnily enough, the most dangerous creatures in this brave new world aren’t dinosaurs — they’re bugs. Specifically, the prehistoric-sized locusts that have begun tearing through the world’s crops, which if left unchecked could have extinction-level repercussions for literally every living creature. Fortunately, Dr. Ellie Sattler (Laura Dern) is doing her best to investigate the mystery of where they came from and how to stop them, with some help from her old pals Alan Grant (Sam Neill) and Ian Malcolm (Jeff Goldblum).

Meanwhile, Owen Grady (Chris Pratt) and Claire Dearing (Bryce Dallas Howard) are in hiding deep in the rural midwest with Maisie (Isabella Sermon), the cloned girl they discovered in Fallen Kingdom and rescued from lab rat life. However, Maisie’s DNA makes her a highly sought-after specimen, and when the girl gets abducted, it’s up to her adopted parents to save the day.

These two key narratives all converge to deliver what fans have been hoping for — an intergenerational team-up between the iconic Park trio and the newer cast of the World films, with plenty of dinosaurs in the mix.

There Are Dinosaurs, There Are Dinosaurs… To the credit of Dominion, the film does manage to bring in a ton of dino action from start to finish, whether it be the continued adventures of Blue the velociraptor roaming in the world, the continued attempts by Evil People to turn dinosaurs into weapons and/or assassins, or simply the dinosaurs being dinosaurs in a new sanctuary created for them by the tech company BioSyn.

As the press notes proudly declare, the dino effects seen in the film are a blend of CGI and animatronics, and for the most part that blend is as effective as it was in Spielberg’s original — which is to say they look pretty great, especially the all-practical dilophosaurus featured prominently in the film. There’s sincere effort made to create a real sense of what it would be like for dinosaurs to slip into our world as naturally as the birds or mammals which surround us, and those moments are the closest Dominion gets to capturing the wonder we all remember from our first viewings of Jurassic Park.

Unfortunately, the same loving care and attention was not applied to the film’s story, which repeatedly makes narrative leaps that defy common sense at times. If you’re looking for major surprises from these characters or this narrative, you’re not in luck, with the bad guys wearing their metaphorical black hats with some serious relish but no subtlety. (Dichen Lachman, an incredibly talented and undervalued performer, gets a chance to play an evil dinosaur broker while wearing a truly stunning white and khaki outfit, but her outfit is the most interesting part of the character.)

Dodgson! We Got Dodgson Here! With Universal touting this film as not only the end of the Jurassic World trilogy, but a conclusion to the entire Jurassic franchise, it’s a nice touch to bring back key players and plot threads from the past, with Dr. Henry Wu (BD Wong) continuing to evolve his complicated role in creating this scary new world of dinos, and the always-magnetic Cameron Scott taking over the role of Lewis Dodgson, a character last seen bribing Dennis Nedry (Wayne Knight) to steal embryos in Jurassic Park, who has since become a biotech mogul in his own right.

In this article:Dinosaurs, lets, root