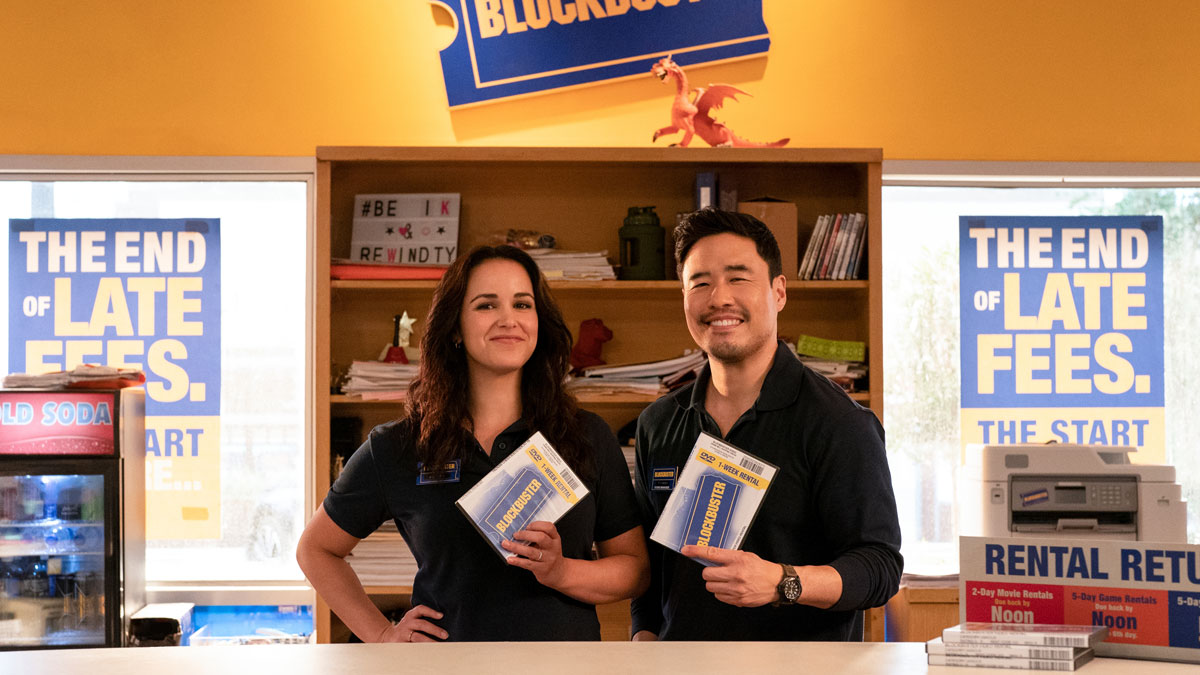 It’s not a good sign that Blockbuster, a workplace sitcom set inside a literal metaphor for late-stage capitalism, feels the need to call out the problem with its premise seven minutes into the pilot episode. “Isn’t it ironic that the small business taking a stand against the big corporation in this scenario is actually a franchise of a once-huge corporation, named after the exact type of big corporate movies that killed off smaller movies?” Blockbuster employee Eliza (Melissa Fumero) says, as her boss Tim (Randall Park) tries to rally his underdog staff.

I’m admittedly coming to the show with a bias, as a former video store clerk who spent about two and a half years behind the counter of independent stores — stores that always struggled to compete with the Walmart of the industry. But despite acknowledging that aforementioned irony, Blockbuster still proves to be a true miss creatively, never escaping the burden of its flawed premise.

Creator Vanessa Ramos got her start as a writer on Superstore, and the thematic line between the NBC comedy and Blockbuster is pretty clear, specifically in its focus on how big business affects the little people. The series begins with Tim, a 40-something slacker still traumatized by his parents’ decades-ago divorce, getting the news that the Blockbuster franchise he owns is now entirely independent from the Blockbuster corporation, which has been liquidated — making his store the last Blockbuster on the planet.

Already struggling to stay afloat in the streaming era, Tim now has to face an even more serious future for the store he loves, despite its obsolescence. Which means that Blockbuster, the show, somehow simultaneously finds itself getting bogged down in unnecessary details surrounding the store’s business model while also totally failing to establish how a store of its size in the year 2022 can continue to employ a half-dozen people — who are even getting health benefits? Come on.

For so many reasons, Blockbuster exists in the realm of fiction, but most significantly because of this: The real last Blockbuster is not in Michigan but famously in Bend, Oregon. They even made a movie about it, which also covered the many ways in which Blockbuster’s cultural dominance had a fundamentally negative impact on the entertainment industry.

Coming of age in the 1980s and 1990s as a cinephile meant that your real church was your local video store. And for so many of us, that store was Blockbuster. As a suburban kid in the San Francisco Bay Area, Friday nights were special because they were usually the nights my brother and I could convince our parents to drive us down to the local strip mall, where we’d very carefully select movies for the weekend under that glowing yellow-blue neon sign.