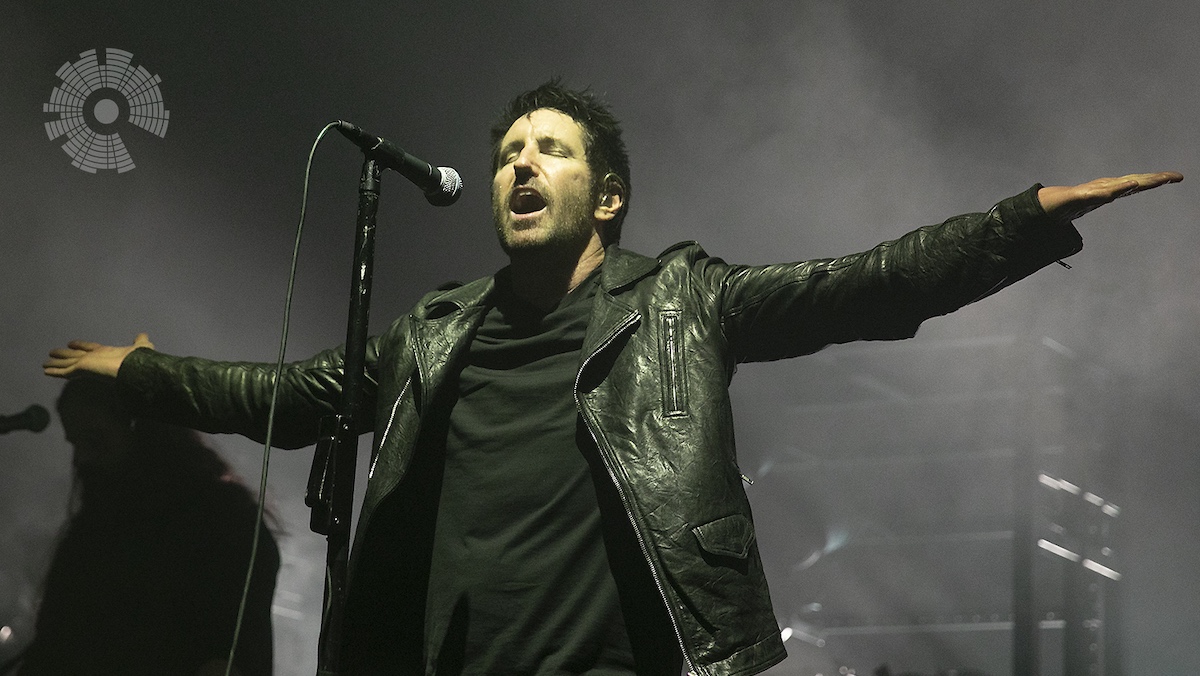 Playing their hometown for the first time in nearly 10 years, Nine Inch Nails made up for lost time by bringing former members onstage for a surprise six-song encore to end their concert on Saturday (September 24th) at the Blossom Center outside Cleveland, Ohio. Adding even more history to the concert, fellow industrial icons Ministry and Nitzer Ebb provided support, and Heavy Consequence was there to take it all in.

Taking the stage at precisely 7 p.m., UK industrial veterans Nitzer Ebb got the crowd out of their seats and onto their feet immediately, playing an energetic but brief six song set. Highlighted by “Getting Closer” and “Join in the Chant,” their performance also marked the return of singer Douglas McCarthy, who had sat out a handful of shows due to illness.

Up next were Ministry, who, like NIN, played the Louder Than Life festival in Kentucky two nights earlier. Frontman Al Jourgensen and company delivered a nine-song set that focused strictly on their older material, including “Breathe,” “Stigmata,” and “Supernaut.” By the time they wrapped things up with “Just One Fix” and “Thieves,” the almost 23,000 people in attendance were more than ready for the headliners.

Opening the set with “Somewhat Damaged,” Nine Inch Nails wasted no time in setting the pace for the remainder of the evening. The band tore through “March of the Pigs,” “Sanctified,” and “Reptile” before Trent Reznor addressed the crowd with “We finally fucking made it here.” He also thanked both of the opening bands, saying, “If it wasn’t for Ministry, we wouldn’t be here, no way.”

NIN continued by playing songs like “The Perfect Drug,” “Closer,” “The Hand That Feeds” and “The Frail,” and then it was time for the big surprise. Reznor introduced former members Richard Patrick, Chris Vrenna, Danny Lohner, and Charlie Clouser for a six song encore that included “Eraser,” ‘Wish,” “Sin” ‘Gave Up,” and even the Filter classic “Hey Man, Nice Shot.” The reunited musicians closed out the evening with a rousing rendition of “Head Like a Hole,” much to the delight of the thousands of NIN fans in attendance.

See Heavy Consequence’s photos below, followed by video from NIN’s historic performance and a fan Q&A that took place a night earlier at the Rock & Roll Hall of Fame.

Photo Gallery – NIN, Ministry, and Nitzer Ebb at the Blossom Center (click to expand and scroll through):

All photos by Raymond Ahner (@raymond_ahner).