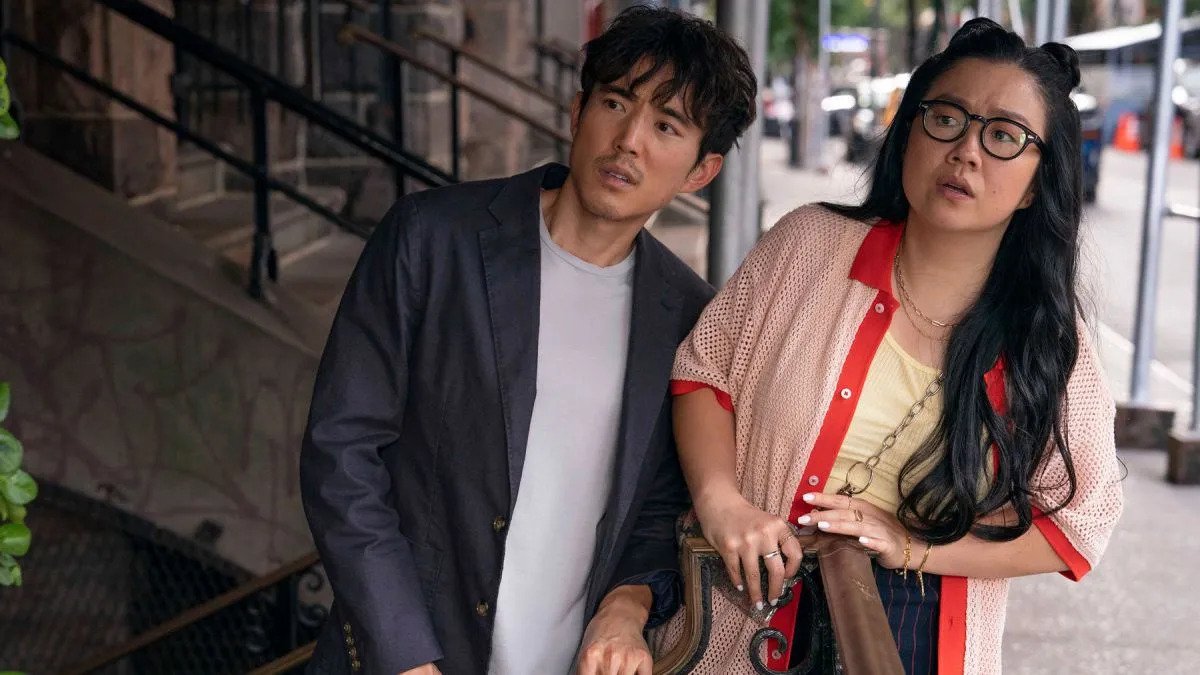 The Pitch: Ben is a jerk; Ben is miserable; Ben is a hypocrite. Most importantly, Ben is our protagonist.

In Randall Park’s directorial debut, the bold choice is made to give us an almost completely unlikeable main character. Justin H. Min, best known for his role on Netflix’s The Umbrella Academy and Sundance 2022 player After Yang, tackles the thorny role head-on in Shortcomings, making a strong case for future leading man opportunities in the process. His character, Ben, runs a local arthouse movie theater in the Bay Area, coping with the fact that he failed to chase his own filmmaking dreams by cutting down people who are giving it their best shot.

His girlfriend, Miko (Ally Maki), works for an Asian-American Film Festival and is fed up with the constant negativity. So when Miko accepts an internship in New York City and the couple decide to go on a vaguely-defined “break,” Ben begins to spiral. The movie theater is on shaky ground, his best friend Alice (a dynamic Sherry Cola) is busy with her own endeavors, and all new art sucks, if you ask him. Shortcomings was adapted from a graphic novel by Adrian Tomine, who is on board here as the screenwriter as well.

I’m A Fan of Genre Auteurs: Shortcomings is playful and clever in places — the opening, featuring pitch-perfect cameos from (newly minted Oscar nominee!) Stephanie Hsu and Ronnie Chieng, not-so-subtly calls a certain 2018 Asian-centered blockbuster to mind. Ben bemoans the state of art that could allow such capitalist fantasies to be the pinnacle of Asian representation in cinema; Miko points out that he hasn’t taken any big creative swings himself, prompting Ben to immediately bite back with utter defensiveness. It’s a cycle he gets himself into almost constantly throughout the film, even with his best friend, Alice, a lesbian who often recruits Ben to stand in as a boyfriend at events with her homophobic family.

The local cinema Ben manages is also populated by plenty of colorful characters, including one brought to life by Jacob Batalon, who lands a great bit about the Disney machine and the “new Spider-Man films” (in which he notably appears as Ned). But when Autumn (a great Tavi Gevinson) is hired at the theater, sporting a bleached bob that immediately recalls Gwyneth Paltrow in The Royal Tenenbaums, everyone just about loses their minds — Ben included.