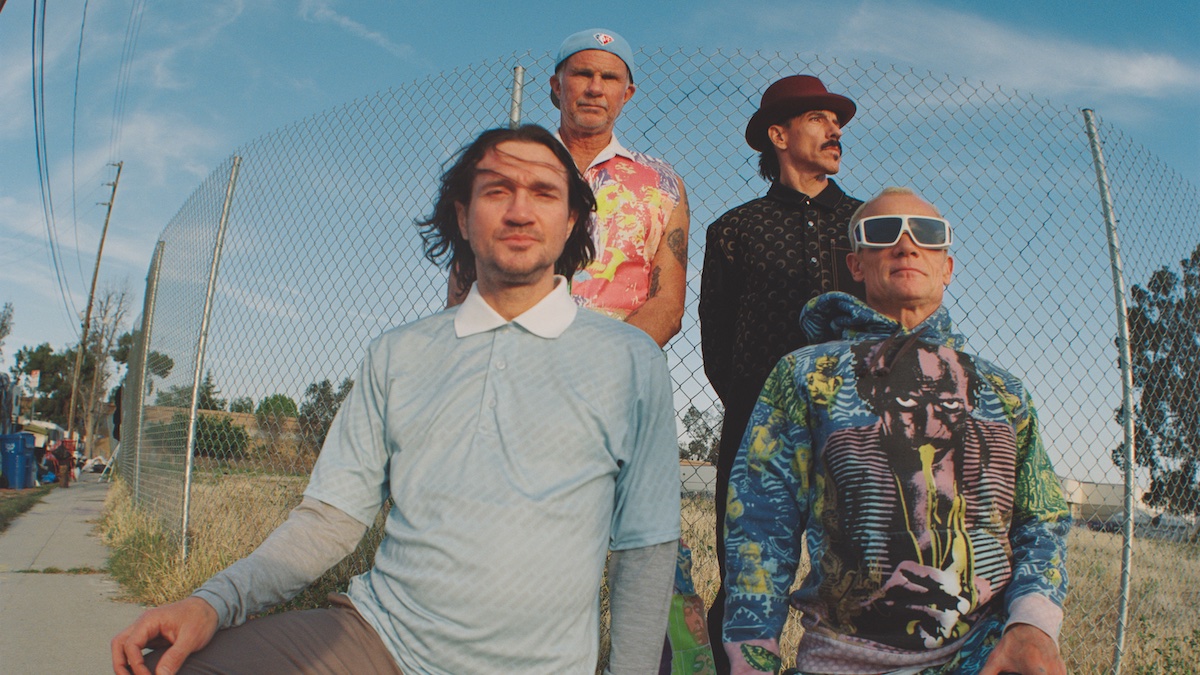 Red Hot Chili Peppers’ Return of the Dream Canteen arrives at a wild time for the California foursome. The punk-funk, alt-rock legends reunited with John Frusciante in 2019, recorded and released Unlimited Love (their first album since 2016), and subsequently went on to conquer the world with their larger-than-life stadium tour. While it might have seemed like more of the same ol’ Red Hot Chili Peppers to those who never clicked with the absurdist output of the band in the first place, fans could feel a shift in the air.

It wasn’t a return to form in the strictest sense of the term, the Peps never veered all that far from their trademark stylings, but Unlimited Love felt like the band returning to something. Even beyond Frusciante’s reintroduction, the album saw Rick Rubin once again taking over production after a one-album break, and whether it was the familiar crew or some unseen magik (likely the blood sugar sex kind), the group sounded thoroughly rejuvenated.

And they must have been pretty damn rejuvenated, because now comes Return of the Dream Canteen, their second album in less than five months. Like its predecessor, it comes in at a whopping 17 songs, totaling an hour and fifteen minutes of music. Put together, the two albums eclipse even the latest Marvel movie in runtime. So, does Return of the Dream Canteen (out Friday, October 14th) justify doubling the Chili Peppers’ already lengthy 2022 output?

Well, like all things Red Hot Chili Peppers, the answer depends on how invested you are in the colorful, zany world of the band. For diehards, the record will be a welcome addition to the act’s late-stage catalog. Coming from the same sessions as Unlimited Love, it unsurprisingly brings no great shift in sound. For the most part, the track lists of the two projects could swap songs like kids trading Pokemon cards without breaking their cohesion — which should come as good news for anyone head-over-heels for the band’s current sound.

Casual fans will likely also find much to love. Opener “Tippa My Tongue” is funky, catchy, and silly in the way only the Chili Peppers can pull off. “Eddie” is a loving tribute to the late Eddie Van Halen and features some of Frusciante’s best guitar work since rejoining the lineup. The penultimate track “Carry Me Home” is a slow-burning, bluesy barn-burner that showcases the restraint the band has embraced for their latest iteration.

Though, with so much to get through, it won’t be surprising if even the band’s most fervent fans start to set into a certain Red Hot Chili Peppers fatigue. Especially considering the extremely condensed release schedule, the sheer magnitude of material might prove to be the tipping point for some listeners. For some, songs may start to bleed together as they hit double digits in the tracklist. A year from now, they may find it hard to recall which album a given song comes from. Just like real hot peppers, if you take in too many, problems start to arise.