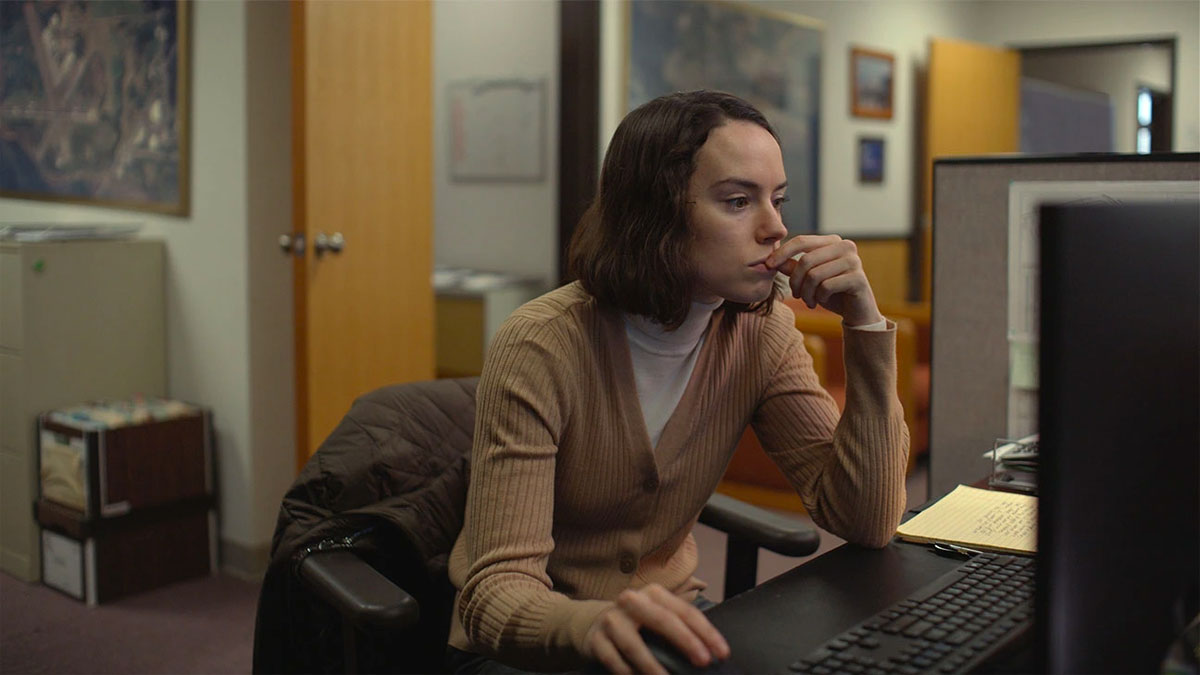 The Pitch: Fran (Daisy Ridley) isn’t a happy person — but that might just be because she doesn’t know what happiness is. As a lonely office drone with a less-than-glamorous view of the Oregon coastline outside her cubicle, Fran keeps to herself while her office-mates do their best to bring fun into their workplace — but when a new co-worker named Robert (Dave Merheje) joins the team, his friendly nature manages to nudge Fran out of her shell just enough to maybe live a little louder.

No Jedis Here: If you’re looking for a film where characters make long, eloquent speeches about their feelings, Sometimes I Think About Dying is the exact opposite. Director Rachel Lambert’s third film (based on the short film by Stefanie Abel Horowitz) is a deeply interior experience, one where the title hovers over every scene even though its ultimate payoff is very small and largely unspoken; the movie’s impact ends up being entirely dependent on the de-glammed Ridley’s performance.

Rendered deliberately anonymous in her generic office-wear, Ridley rises to the challenge with alertness and yet also a deep well of self-awareness. Since The Rise of Skywalker premiered in 2019, the Star Wars breakout’s on-screen appearances have been limited to the forgotten Doug Liman sci-fi film Chaos Walking and a brief cameo in Judd Apatow’s The Bubble, and here, she barely seems capable of picking up a letter opener, let alone a lightsaber.

But the fragility she presents on screen as Fran feels deeply felt and recognizable — she’s not so much lost as she is unsure how to find herself, a journey Lambert chooses not to rush. Fran’s fantasy life is seen largely in the form of tableaus that may represent her fantasies of dying, but are full of nature and peace — it’s not that she has suicidal thoughts, but that she’s yearning for something else outside of herself, and the struggle to find it feels insurmountable.

A Triumph for Character Actors Everywhere: Merheje, a stand-up previously seen on screen as a series regular on Hulu’s Ramy, finds just the right mode to fit in with Fran’s taciturn nature as the two grow closer outside of work — theirs is a quiet romance, but a heartfelt and nuanced one, with the sort of repressed longing found in 18th century romances.

In this article:Dying, living, Review