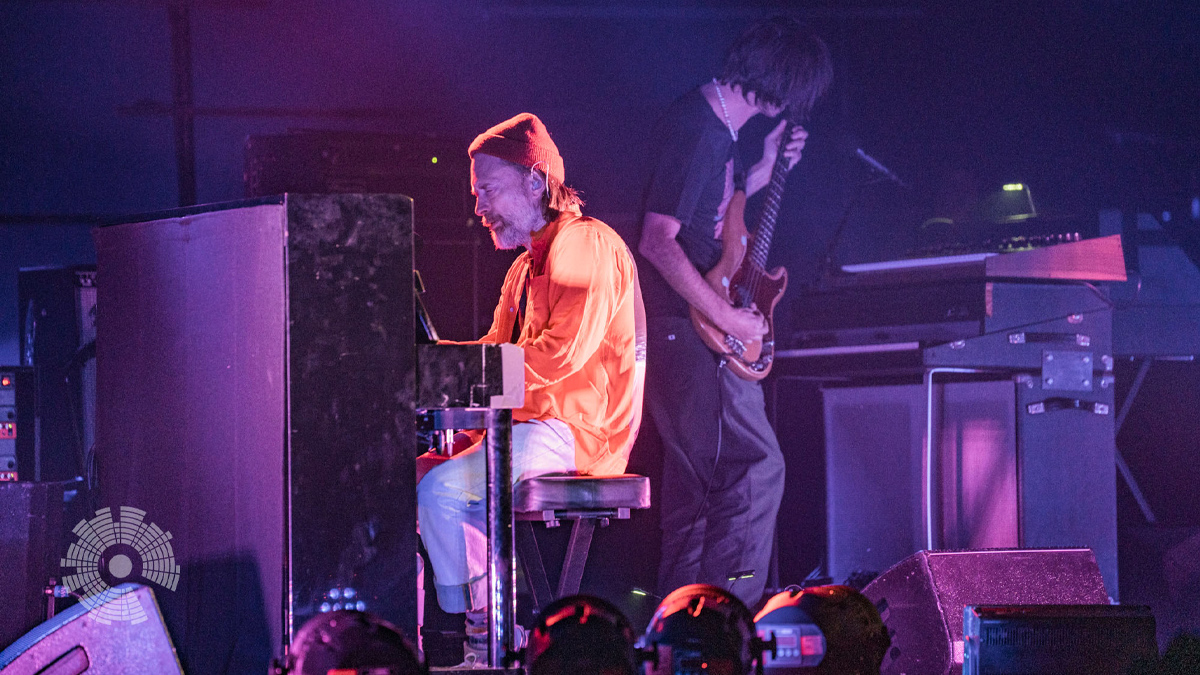 Thom Yorke and Jonny Greenwood are many things, but flashy certainly isn’t one of them. Along with drummer Tom Skinner of Sons of Kemet, the two Radiohead members quietly re-emerged together earlier this year as The Smile. The trio released their debut album, May’s A Light for Attracting Attention, with relatively little press or social media promotion surrounding it; as with most good things involving Radiohead, the music speaks for itself.

With the exception of Greenwood’s prolific output of consistently beautiful film scores, even the most ardent fans would have to admit that many Radiohead members’ side projects (solo endeavors, the Flea-featuring supergroup Atoms for Peace) have up to this point typically paled in comparison to their main band’s discography. But when Yorke, Greenwood, and Skinner took the stage at Manhattan’s Hammerstein Ballroom November 20th to bring A Light for Attracting Attention to life, it only affirmed that The Smile is some of the most inspired music to come from a Radiohead side project in over a decade.

(You can see it for yourself by getting tickets to The Smile’s upcoming tour dates here.)

Admittedly, it is a bit unfair to reduce The Smile to just a Radiohead offshoot, but many of the latter band’s best traits transfer over to the former: Yorke’s subtly entrancing stage presence, Greenwood’s unfettered focus. There was hardly any banter between songs, and no elaborate stage decorations besides some flashing lights. It felt almost more like watching a particularly stirring instrumental performance than a rock show — but after all, isn’t that why we were all there?

The Smile began their Hammerstein set with album opening track “The Same,” a brooding, persistent synth track that builds in intensity at it lures you inward. In the right headspace, it feels especially hypnotic, setting the tone for the 90-minute stretch of almost nonstop music to come.

And The Smile sure did make those 90 minutes feel short. The set included all but two of the songs on A Light for Attracting Attention — according to the sleuths of Setlist.fm, “Open the Floodgates” was swapped last minute with non-album track “Just Eyes and Mouth,” and “Waving a White Flag” was ultimately skipped following a “technical mishap” that was virtually undetectable to an audience member. With a handful of newer songs peppered in that they’ve teased in live appearances before, you could tell The Smile weren’t necessarily interested in pleasing a crowd — just sounding their best.