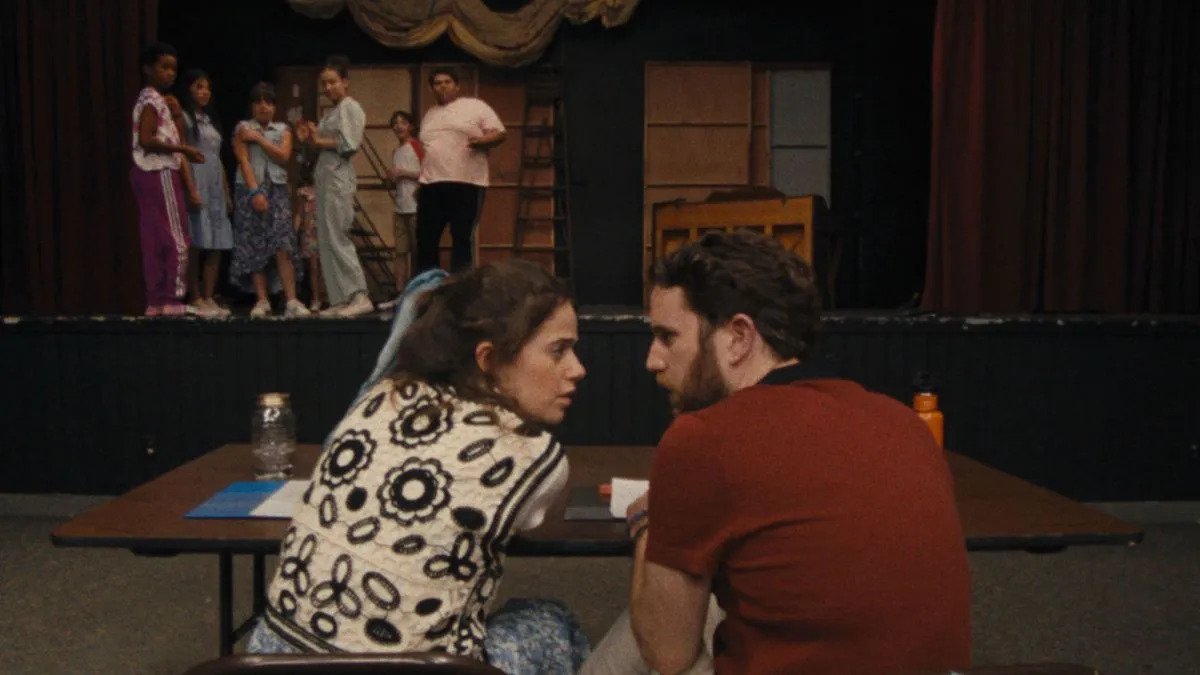 The Pitch: “You need to know that only 3% of people make it. The rest end up in a mental facility — or a Go Go box in Hell’s Kitchen.” Welcome to AdirondACTS, a cozy, scrappy theater camp where such nuggets of wisdom are imparted upon young thespians. Over the course of the summer, we see the minutiae of theater camp play out in a mockumentary-style film, sharply directed by Nick Lieberman and Molly Gordon (both making their feature directorial debuts).

AdirondACTS is rounded out by Clive (Nathan Lee Graham) as our dance instructor, Janet (Ayo Edebiri) handling stage combat, Gigi (Owen Thiele) leading costume design, and Glenn (Noah Galvin) running tech. And if that weren’t enough, we’re graced by Alan Kim as an aspiring agent and a perfect appearance from the always-welcome Patti Harrison as an opportunistic investor hoping to absorb AdirondACTS into a flashier nearby camp.

Count Me In: First and foremost, the joy of Theater Camp lies in its pitch-perfect details. The script, co-written by Platt, Gordon, Galvin, and Lieberman, is laugh-out-loud funny, rampant with hyperspecific details that would send a shudder down the spine of every person who might recognize the names Interlochen, Stagedoor Manor, or Frenchwoods. It’s a movie that could only have been written by a group of people who know how high-stakes the most local of productions can feel: It’s funny not because it’s unkind or exaggerated, but because it’s all so wildly true.

“Let’s throw some spices in there,” Platt’s Amos directs a teenager working on a scene. “A little cinnamon, a little pain, a little stepfather.” Later, working with the same camper, he notes that he’s “not really feeling how the detail of having IBS is impacting the character.” It’s perfect.

Because I Met You, I Have Been Changed (For Good): In real life, stars Platt and Gordon actually grew up together, adding another layer of believability to the story (the footage of the two in Fiddler on the Roof and How to Succeed In Business Without Really Trying as children is, in fact, authentic). Their rapport and intimacy is the axis on which the glittery story spins, and two terrific performances are produced as a result.

In this article:camp, hilarious, showcase, theater